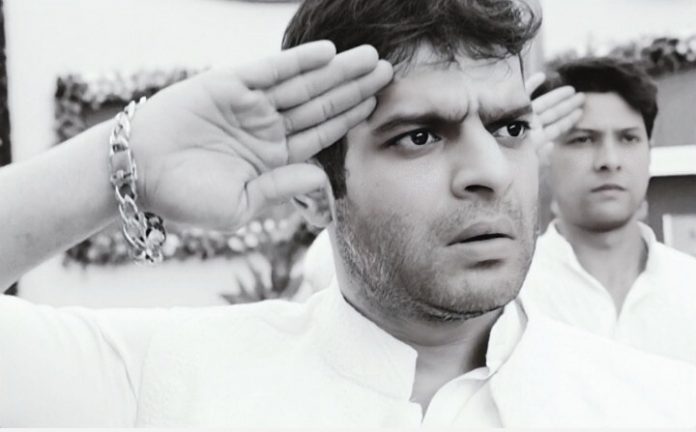 YHM Ishqbaaz Kesari Nandan and more spoilers. Dil Toh Happy Hai Ji: Chintu tells Kulwant that he is in love. Kulwant asks him about the girl. Chintu gets hesitant to name Happy, knowing the tensions in the family because of Rocky and Happy’s clash. Kulwant offers support to Chintu knowing how dutiful son he is. He really wants to know his son’s feelings and be on his side. Chintu tells him that he loves Happy and wants to marry her. Kulwant gets in a dilemma, though he likes Happy’s boldness and good qualities. On the other hand, Happy wants to make her career and achieve something in her life, so that she give a good life to her mum and sister. This infuriates Pratap, who wants to get rid of Happy by getting her married to a suitable guy soon.

Ishqbaaz:
ACP Aditi is back in the show. She will be seen in the track after a long time. The focus gets on Aditi, when she does her duty of protecting Shivaansh. Aditi nabs a man who escapes from the mansion in darkness. Varun plays his cards to put the trouble on someone else’s head so that he can manage his exit. He gets to get rid of his bridal disguise. He wishes Aditi doesn’t see him. Aditi tells Shivaansh that she has caught the intruder and now the family doesn’t need to get scared of any danger. Shivaansh feels bad to blame Mannat for the theft. He learns she has left the house and also the job. He wants to apologize to Mannat and get her back.

Aapke Aa Jane Se:
Big twist comes with the baby’s coming. The baby brings happiness in Sahil’s life. Sahil and Vedika share a moment. Everything gets fine in their lives. Sahil takes his baby in arms and hugs him. He forgets all the pain seeing the baby’s smile. Vedika loves her little baby. She has experienced motherhood before, but Sahil’s child brings joy for her. Sahil reaches Pankti to rescue her from NGO women. He requests the women not to take laws in hand and leave. Vedika faces trouble suddenly. She gets away from the hospital and also takes her baby along. Sahil gets worried and looks for her. Nurse tells him that Vedika got conscious and saw him with Pankti on the news channel. She got depressed and left. Sahil says I m her husband, how could you permit her to go without informing me. He wants to clear Vedika’s misunderstanding. Pankti learns that Vedika has gone missing. She helps Sahil in finding her.

Yeh Hai Mohabbatein:
Sudha plans to throw Raman behind bars. She wants Raman to get arrested for the attempt of murdering the minister. Ishita saves Raman from Sudha’s evil plot. Sudha tries to frame Raman again and gets his medical reports switched, so that the drug isn’t found in his blood. She doesn’t want a police case against Rohan for drugging Raman. She just wants Bhallas to oust Rohan from the house so that he returns to her. Bhallas realize that Rohan has fed the spiked sweets to Raman, which led to this dangerous incident. They yell at Rohan for his indecent act. Rohan understands Sudha’s game and gets worried to lose Aaliya’s trust again. Sudha awaits Rohan at home, while Ishita tries to stop Raman’s arrest. Raman gains his senses and realizes the huge mistake he has committed in drugged state.