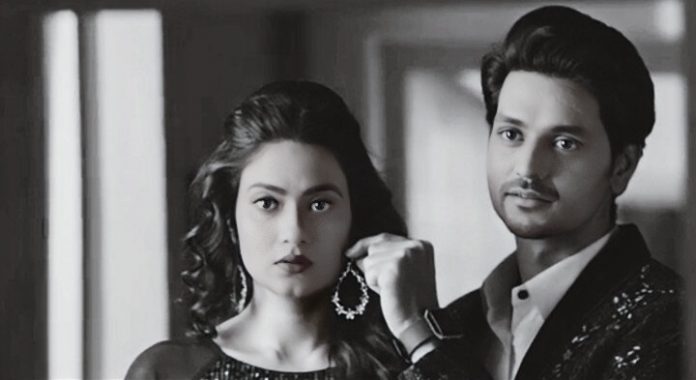 Silsila Confused Jealousy twist. Mauli senses Kunal getting too close and jerks him off. Kunal worries on her angry reaction and asks him why is she doing this. He tells her that he has planned the anniversary celebration with her, since she is his wife. He asks her why is she behaving as if they aren’t husband and wife. Mauli tells him to be thankful that he survived by a miracle. She asks him to recover first and then think of romance. She tells him that she loves him and wants him fine. He tells her that he is glad that she didn’t lose interest in him. She demands him to take her home. He gets convinced by her lies. Meanwhile, Ishaan manages the kids happily. He calls up Radhika to know about Mauli. He gets disturbed knowing Mauli is away with Kunal on a dinner date. Ishaan gets suspicious and insecure.

He wonders what’s happening between Mauli and Kunal. He wishes Mauli stays fine. Kunal tells Mauli that they will be going home in the morning, since he has done the hotel bookings. Ishaan finds Kunal’s surprise a shock for her. She gets Ishaan’s message and feels sorry. Kunal doesn’t let her reply and asks her to sleep. She wonders what’s Ishaan thinking. Kunal and Mauli return home.

She tries to contact Ishaan. He gets upset with her and feels he shouldn’t answer. Mauli wants to explain him the scenario. Ishaan wants Mauli to put efforts. Mauli tells Radhika that Ishaan might be upset with her. Radhika understands Ishaan’s emotions. She asks Mauli to meet Ishaan and clarify the things. Mauli gets an idea to cheer up Ishaan by a little surprise. She goes to meet Ishaan. She apologizes to him. She tells him that she couldn’t reply his message because of Kunal. Ishaan tells her that he isn’t upset with her and did this drama to meet her. She asks him to stay happy and have his food. He asks her about the anniversary surprise. She asks him not to remind her anything.

She tells him about the torture she is going through. She doesn’t want to discuss anything. He tells her that he knows her well and trusts her. He professes love for Mauli. Meanwhile, Mishti finds Pari very upset at the school. She tries to end her loneliness. Pari doesn’t feel like sharing her pain. Mauli waits for Kunal. He turns up with another surprise for Mauli. Kunal gets memories of Nandini and gets mistaken that he has seen Mauli in his dream. Kunal gifts a saree to Mauli and tells her about his lovely dream. Mauli realizes that he is talking about Nandini. Kunal promises her that he can never cheat her. Radhika asks Kunal not to compel Mauli for wearing the saree. He keeps his wish and asks Mauli to respect his feelings.