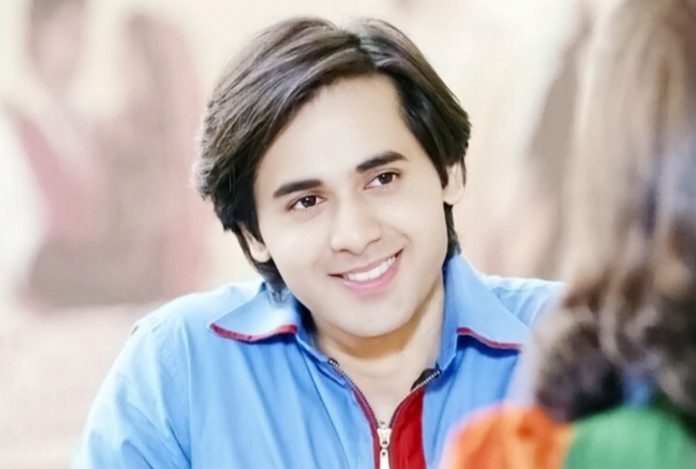 Yeh Un Dinon Ki Baat Hai: Sameer and Naina’s pre-marriage rituals begin. Their shagun haldi will be seen. Sameer plays with the shagun haldi and applies haldi to himself. He is away from his relatives. His friends apply haldi to him. He misses his family. His friends cheer him up. Naina gets Sameer’s name mehendi on her hand. Sameer finds the mehendi kept on the table. He takes the mehendi and writes Naina’s name on his hand. He feels happy seeing the nameboard mentioning their names and wedding invite. He is very happy and wants to show Naina’s name written by mehendi to her.

Sameer faces troubles because of his Mama and Mami. He wants Vishaka to support her. He wants to settle with Naina at his new house. Sameer decorates the car with florals and nameboard. He wishes that the family also gets happy for them. Rakesh is still upset. Rakesh and Tau ji express their unhappiness. Naina wants the marriage to happen well. She prays that the marriage doesn’t face any hurdles again.

Tujhse Hai Raabta:
Malhar does a drunken drama to apologize to Kalyani. Kalyani gets scared seeing him. She thinks if he will punish her again. She breaks his radio by mistake. She gets worried. He gets on knees and asks her to beat him with a stick. He asks her to punish him for his mistakes. He cries out. Kalyani gets emotional seeing his tears. She takes care of him and tells him that she has forgiven him. He regrets for torturing her so much because of the misunderstandings.

Shakti:
Soumya is crying to meet Soham. Soumya questions Harman about Soham. She wants him to get the baby fast. Harman cries and stays out of her sight to avoid her questions. Soumya shouts to Harman and asks him to find the baby. Soumya gets restless and can’t stay without baby. Harman loses in front of the situation. Soumya wants to get Soham back. She takes a disguise and reaches Varun’s house so that Varun doesn’t identify her. Harman gets a video and learns that Soumya is at Varun’s house. He wants to get her back. Preeto stops him and asks him to let Soumya do anything she wants for getting Soham back, since Soham is Soumya’s special child. She tells him that Soumya would be succeeding to get proof against Varun, so that they can show his truth to panchayat and get Soham back. She asks Harman to just pray that Soumya’s struggles succeed. Preeto sympathizes with Soumya.

Internet Wala Love:
Aadhya and Jai have confessed love to each other. They get romantic dreams. He just sees Aadhya everywhere. When Aadhya meets him to convince her, he thinks if she is really there or not. She surprises him and gives a thoughtful gift to him. She gives him Ganpati idol so that he stays protected from all the problems. She asks him to always keep the idol with him. Aadhya gets happy to spend time with Jai. He thanks her for her lovely gift.

Sitara:
Viraj and Nethra’s haldi ceremony goes on. Nethra is possessed by Chabili. She gets upset seeing the humans. She just finds happiness seeing Sitara. Viraj’s haldi gets on Sitara’s face. Viraj realizes his love for Sitara. He gets into a romantic moment with Sitara when they share the same haldi. Viraj finds this relation magical. He tells her that he is confused about the marriage. He has feelings for Sitara. He doesn’t want to marry Nethra. Sitara becomes Love Guru for Viraj and teaches him how to proposal a girl. She dances with him and also proposes him for marriage. Viraj wishes to accept her proposal. She asks him to profess love to Nethra and be soft-spoken towards her. She asks him to understand Nethra’s feelings. Viraj wants to express his love towards Sitara and marry her.