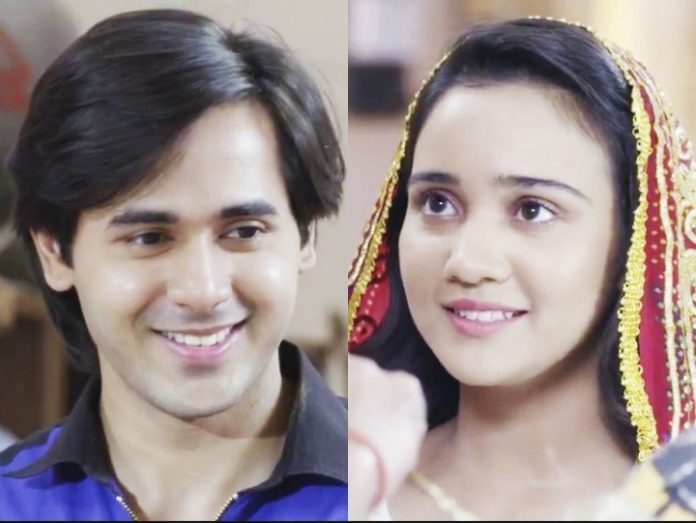 Spoilers Yeh Un Dinon. Sameer and Naina get excited for their pre-marriage functions. After their haldi rasam, they are asked not to meet until the marriage happens. Sameer tells Naina that he wants to take her for a long drive. He breaks the rules once again. He convinces Naina to come for the drive. Naina attempts to make excuses and leave from the house. She seeks Preeti’s house and goes to meet Sameer. Sameer gets romantic on the way and talks to her. He shares his excitement about the marriage. He tells her about his dreams regarding their marriage. Sameer tells her that he knows its tough for her to go against the family and come to meet him, but he is happy that she has really come. Sameer and Naina are found together in the car, stranded from the main roads. The constable catches them and asks them what’s fishy. He interrogates them.

Sameer and Naina get super scared. They have met by hiding from the family. They don’t want to get arrested by police. Sameer accelerates the car and tries to get away from police. Sameer and Naina get caught by the constable. Sameer manages to get rid of the police. He flees by driving the car like an aeroplane. Naina gets scared and asks Sameer to drop her home before her lie gets caught. She tells him that she doesn’t want any troubles in the marriage. She asks him to express his happiness just over phone calls.

Internet Wala Love: Jai and Aadhya are locked in the rooms. Someone has locked them to test their love. Jai thinks who has kidnapped them. They manage to reach each other. Jai tells Aadhya he loves her very much and is giving her 7 promises. He promises that they will have more trust in their relationship than love. He will also trust her and will share all her pain and troubles. They kiss each other on the mirror. Jai gets closer to Aadhya. They try to convince their family. Aadhya tries to convince Rupa for their alliance, while Jai tries to convince Shubhankar and show his goodness to him.

Shakti: Panch ladies snatch Soham from Soumya’s hand and leave from Harak Singh’s house. Soumya runs to Panchayat and picks the sickle kept near there and asks them to stop. The panch ladies get shocked. Soumya shows her mother power and asks them to give her son. All her attempts fail to get Soham. Panchayat’s decision is still in Varun’s favor. Sarpanch tells Soumya even though he feels sympathy for her, but can’t give the baby to her. Soumya cries and vents out her pain. She prays to Mata Rani and asks for strength to get her son back. She tells how Soham has given a mother’s status to a kinner. Harman tells Soumya that he has a solution by which they can solve this mess. Soumya is ready to give any tests for the sake of Soham. Soumya’s new struggles begin.

Roop: Samru takes Shamsher to the place where Jigna and Manish are meeting. He tells Shamsher that seeing the place, he misses his village and asks him to click his picture. Shamsher holds the mobile to take his pic and sees Jigna and Manish talking and holding each other hands. Shamsher gets furious and takes out the gun. He is about to shoot them, but Samru stops them. Shamsher anger brings storm in Jigna’s life. He gets to know about Jigna and Manish’s love and scolds her for adding shame to the family even though she is married. Roop takes a stand for Jigna and supports her. Samru and Bua are happy to knock down Shamsher and Jigna’s relation.

Kumkum Bhagya: Tanu gets alerted after reading the real DNA report and calls Nikhil. She keeps an eye on Abhi’s moves and sees him romancing with Pragya verbally. Abhi tricks Pragya to make him wear garland. He then wears garland from her hand and takes her to mandap to take rounds. King reaches there and gets shocked seeing Abhi taking rounds with Pragya. Tanu tries to stop Abhi. Pragya is surprised and doesn’t know how to react with Abhi’s sudden move.

Rajaa Beta: Vedant brings toe rings from Nani’s house and gives to Purva. Dadi asks him to make her wear it. Vedant sits on the sofa and keeps her foot on his lap. He makes her wear a toe ring. Purva is hesitant but wears it for Dadi’s happiness. Vedant is hopeful about their reaction. Ramesh comes up with strange ideas to trouble Vedant.