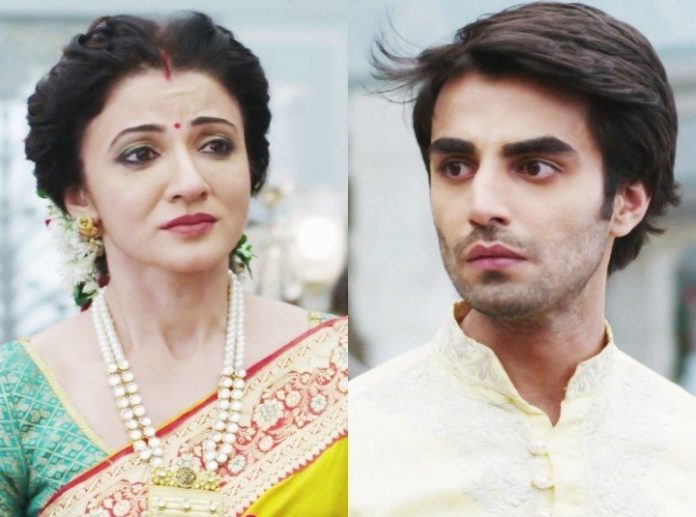 Aapke Aa Jane Jail Trap for Vedika. Pankti’s mum wants to unite Pankti and Sahil. She gets angry on Vedika for coming home again. She insults Vedika and then puts accusations on Vedika. She tells the people that Vedika has thrown hot oil on Pankti to burn her. Vedika tells the neighbors that the lady is lying. Pankti’s mum calls police there and complains about Vedika. She tells inspector that Vedika hates Pankti because of Sahil’s love for Pankti. She cooks up a fake story to trap Vedika. Vedika fails to prove the truth. She gets arrested for wrong blames. Pankti is unaware of her mum’s misdeed. She wants to help Vedika and get her out of the jail.

Vedika doesn’t have any belief in Pankti. Pankti’s mum stops her from helping Vedika. Vedika is worried as both her children need her. Pankti’s mum accuses Vedika for attempting to kill Pankti. This news reaches Sahil, who wants to help Vedika and his children. Sahil meets Vedika in the police station. He tries to help her. Vedika refuses to get his help. He tells her that children need her and she should accept his help for their sake. He wants to bail her out.

He gets the little baby to Vedika and asks her to feed the baby. He then takes the baby back and tells her that its a worse situation for baby. He feels guilty that he is the reason for all the problems. Sahil and Vedika love each other a lot. Sahil will ultimately convince Vedika.

Amaan wants to have food along with Kashan and Zeenat. Amaan makes a request to Kabeer. Zara and Kabeer know Zeenat’s plans well. They don’t want Zeenat to use Amaan in her plans. They ask Amaan to go to the room and have food with his parents. Kabeer punishes Kashan and Zeenat and asks them to sit on the floor and have food. He teaches a lesson to Zeenat. Kabeer worries for Elena. She has become his weakness. He wants to save his sister. He doesn’t regard Zeenat as his enemy, but wants to change her thinking for the good. He wants the family to get united again. Its a big responsibility on Kabeer and Zara to reform Kashan and Zeenat.