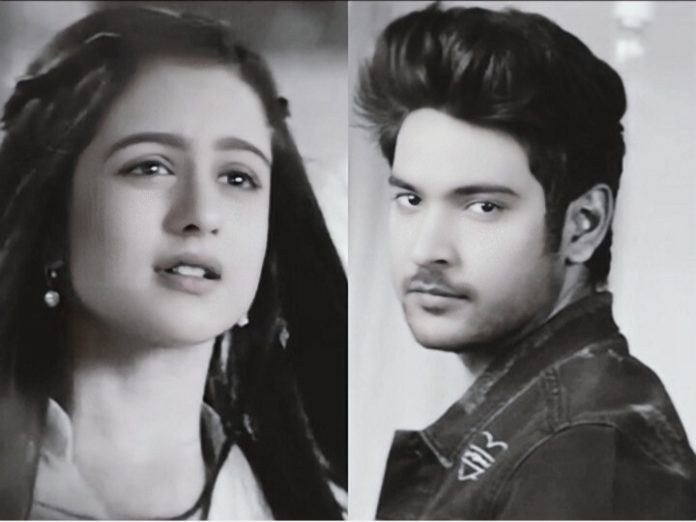 Jiji Maa Shakti Internet Wala Love: Jai works as a servant in Shubhankar’s house. After he repairs the broken tap, he cleans the floor. Shubhankar asks him to keep the lunch ready before he returns home. Jai is doing everything, and gets some help from Diya. Shubhankar wants Jai to manage everything all alone. He asks Jai to go and pay the electricity bill soon. He doesn’t let Jai take any rest. Jai thinks Shubhankar is his love enemy. He is sure to conquer over the love enemies like Rupa and Shubhankar. Jai and Aadhya have to prove their love towards each other to their parents. The unique love track brings light moments.

Jai and Aadhya’s cute struggles will be seen. Shubhankar insults Jai in a Jai’s special show in the society. Shubhankar introduces Jai in a wrong way. He tells the people that Jai is a RJ and will entertain them. Jai greets the people and gets confident to continue the show. Shubhankar interrupts him and mocks him. The people laugh on Jai. Aadhya shows courage to Shubhankar and calls him wrong. She supports her love. Shubhankar wants to make sure that Jai loses out and forgets Aadhya. He breaks Jai’s patience. Jai doesn’t have much tolerance and reacts angrily. He blasts his anger on the people. He doesn’t want Shubhankar to trouble him more. Aadhya sides with Jai knowing its not his mistake. Shubhankar knows Jai’s weakness, that’s anger and strikes on.

Meri Hanikarak Biwi:
Mishri learns that Akhilesh is her dad. She makes a plan to unite her parents. She influences Akhilesh to meet Ira. He learns that Ira is also in Mumbai. He goes to the hotel to meet Ira. He meets Mishri and dances with her in the party. When he asks her about her mum, Mishri shows him Ira. Akhilesh saves Ira from falling down on the dance floor. They have a romantic dance. He meets Ira after a long time. He isn’t aware that Mishri is his daughter. Ira doesn’t want him to know the truth, fearing that he will give away Mishti to fraud saint.

Jiji Maa:
Suyash is in jail, while Falguni is trying to get proof of his innocence. She follows Devraj to catch him. She wants to find Laddoo, knowing he is her son. She tries to know about kidnappers and get them arrested. She gets close to find Laddoo. Devraj takes Laddoo and runs away. Police is also helping Vidhaan, Falguni and Niyati. Falguni gets Laddoo’s message and learns that Suyash is in trouble inside the cell. She goes to police station and informs the inspector about the attack on Suyash inside the cell. Falguni pleads to inspector and asks him to let her meet Suyash once. They find Suyash really injured and rush him to hospital. They manage to save Suyash. Falguni prays that Laddoo is fine. Suyash doesn’t want to take Falguni’s help. She has no idea that its Uttara and Abhishek’s plan.

Roop:
Shamsher comes home in drunken state. He behaves weirdly for the first time. Roop is shocked to see his dad in this state. He asks Samru about Shamsher’s state. Samru tells him that Shamsher is upset because of the family issues. Roop feels bad and drops Shamsher to his room. He asks Shamsher to sleep. He knows even Shamsher will be embarrassed knowing his drunken episode. Roop drops Kinjal to her school. He learns that someone is troubling Kinjal. Kinjal finds water inside her bag, and shows the spoilt books. Roop doubts if Shamsher has done this. Its Samru behind the evil games. Samru emotionally brainwashes Roop against Shamsher. Shamsher isn’t happy with Kinjal’s studies. Roop and Ishika take a stand against Shamsher.

Shakti:
Varun is using Soham against Harman and Soumya. They are ready to become servant for the sake of their son. Maninder meets Varun and asks him to give Soham to him. Varun kicks out Maninder from the house. Soumya witnesses this and feels bad for her dad. Soumya is worried. She asks Harman to accompany her to Varun’s house since Soham is ill. She wants Soham to get treated. Harman tells Varun and his aides that he will take Soham with him at any cost, and they can dare to stop him if they can. Harman wants Soham’s safety first.