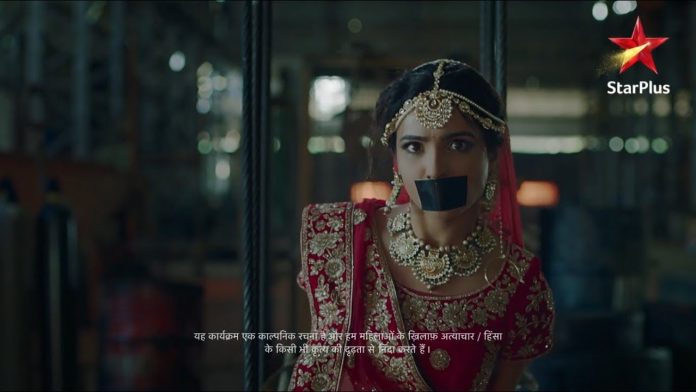 Prime Time Spoilers Dil Toh Happy Hai Ji:
Rocky kidnaps Happy to stop her from marrying Chintu. He regards her very unlucky for him and his family, since she has just brought destruction for him. She insults Happy and tries to harm her. He gets scaring her in a filmi way. He tortures Happy and then lets her run away. He wants to ruin her life in such a way that she always remember whom she messed up with. He decides to marry her to punish her for breaking his relations with Chintu. He wants to set everything fine in his family by making Happy upset. He forcibly marries Happy to chain her by the unwanted bond.

Aapke Aa Jane Se:
Soumya dreams of getting Soham back. Harman sweetly cares for Soumya. He cheers her up. He doesn’t want Soumya to have any sorrow. He gets Soham back to Soumya and gives her the most happiness. This dream turns out to be her dream. He tells her about his holiday plans with Soham and her. She gets excited to get away from all the troubles for a while. He tells her that she has to give attention to him as well. He wants Soumya’s love and care too. Soumya calls him jealous of Soham and teases him.

Internet Wala Love:
Rupa gives a cooking task to Aadhya. Aadhya falls in trouble when the cylinder blasts. The kitchen catches fire. Jai learns about Aadhya in danger. He runs inside the fire to save her. Rupa doesn’t want Jai to risk his life and tries hard to stop her. Rupa and family call for fire brigade. Jai saves Aadhya from the fire. He wants Rupa to realize Aadhya’s worth and accept her.

Sitara:
Chabili gets Sitara to Vishlok. Chabili leaves from Nethra’s body suddenly. Nethra collapses. Sitara reaches Vishlok to save Nethra. She meets her mum Vrinda and Maasi. She gets a huge shock when Vrinda tells her that she is her mum, a Vishkanya. Sitara doesn’t believe this. Vrinda leaves snakes on her to prove that they all are Vishkanyas. Sitara tries to take Nethra with her. Vrinda tells her motive to Sitara. She wants to get her freedom so that she can get her revenge. Sitara can’t decide anything. She gets attacked by snake. The snakes bite her and die. Sitara gets her Vishkanya avatar.

Sitara gets moved realizing this big truth of her identity. Vrinda reveals all the secrets to her. Sitara gets too angered knowing her truth. Vrinda activates Sitara’s powers. Sitara turns powerful having all the four elements possessed by other Vishkanyas.

Udaan:
Imli gets a big shock seeing Raghav’s fragile state. Bhanu tells her that he has given electric shocks to Raghav to wipe his memory. He tells her that Raghav is like a dead body now. Imli gets angered and threatens to kill Bhanu. She has broken Chakor’s trust. The same thing happens with her. Bhanu breaks her trust. She asks him why did he care for Raghav when she had told him before. She says Raghav is my love, why did you do this with him. He tells her that its her mistake to believe him. He is happy that he has snatched everything from Aazaadgunj’s Queen Chakor. Imli has done a big mistake by believing Bhanu. Bhanu tells Imli that if she can’t be loyal to her own sister, how can she be loyal to anyone else. He stabs her and tells her that he doesn’t want any slave in his sleeve. He insults Imli and attempts to kill her.