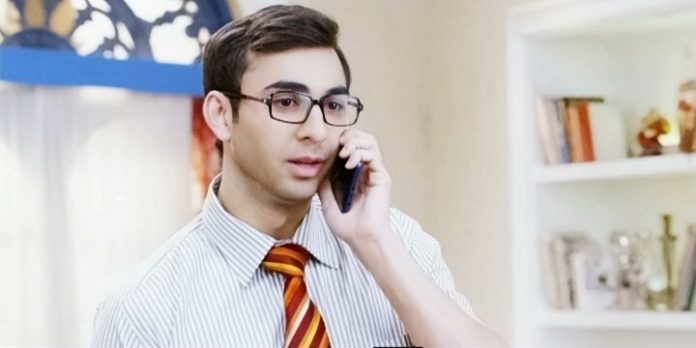 Yug to finally find Aaliya. Yug and his friends are tripping at the restaurants to find Aaliya. Yug asks them not to get discouraged and keep on the search. He gets imagining his dream girl Aaliya everywhere. His friends ask him to stop his madness. Yug looks for Aaliya everywhere. Yug doesn’t care if anyone laughs on him. He just wants to find her and get her family details. Meanwhile, Sudha and Karan try to get Rohan out on bail. Rohan doesn’t want any help from Sudha, since he is in jail because of her. Karan tells Sudha that Rohan will accept the bail. Ishita and Raman meet the inspector and arrange Rohan’s release by getting the case withdrawn.

Sudha gets surprised when her son gets freed because of Bhallas. Sudha and Karan meet Rohan, who isn’t interested in being with them. Rohan thanks Raman and Ishita for helping them. Sudha wants Rohan to come home with her. Rohan refuses to her. Karan starts the family drama in the police station. He tries hard to take Rohan home. When he sees Rohan adamant, he asks Sudha’s mistake. Rohan reveals the crimes done by Sudha and opens Karan’s eyes. Rohan asks Karan to stop acting surprised. Karan denies to know everything and criticizes Sudha. He also ends ties with Sudha and prefers to go with Bhallas.

Karan tells her that he has lost faith on her. Sudha can’t believe that she has lost her sons to Bhallas. Karan tells Rohan that he wants to go with him. He makes an apology to Raman and Ishita. Rohan gets convinced with Karan’s act. Sudha gets troubled. Shagun and Aaliya learn the good news of Rohan’s release. Aaliya plans to surprise Rohan. Shagun likes the positive aim in Aaliya’s life. She supports Aaliya in moving on with Rohan. Aaliya visits the restaurant to get Rohan’s favorite food. Yug finds Aaliya and gets amazed. He follows Aaliya to reach her. Yug’s friends don’t see her at first and think he is dreaming again.

When Yug thinks he is wrong and doesn’t inform them, they really see Aaliya and ask him to come back to reality fast. His friends confirm that she is really there. Yug rushes to meet her. Aaliya moves out of the restaurant before he reaches her. Yug decides to meet Shagun and apologize to her. Shagun wants to keep Aaliya and Yug away. Rohan reveals his drama to Sudha and tells her that he will ruin Bhallas. Ruhi learns Karan’s evil plan. What will Ruhi do next to stop Karan? Keep reading.