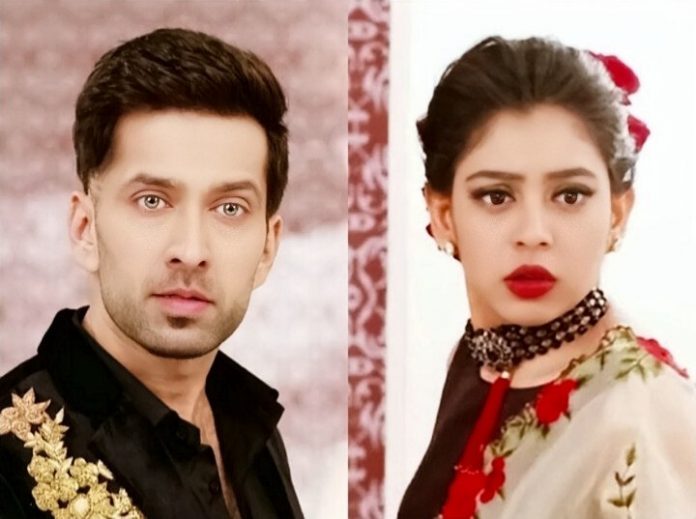 Ishqbaaz Twists in Shivaansh Sangeet. Shivaansh is marrying just to save Nani’s life. Nani gets conscious and stable on hearing about Shivaansh’s Sangeet. She becomes part of the marriage functions and surprises him. She tells him that she wants to dance in the Sangeet. He asks her not to take strain and rest. Sony tells Shivaansh that she doesn’t like the colour of mehendi, she doesn’t want any reactions on her hand. She asks Mannat to apply the mehendi first for a patch test.

Shivaansh tells him that mehendi isn’t a big deal, anyone can apply it. Sonya insists Mannat. Mannat writes Shivaansh’s name on her hand to prove that mehendi is chemical free. Shivaansh, Sonya and his family enjoy and dance in the Sangeet. Varun is upto a plan to make Sonya away. Mannat and Shivaansh’s hands join when Mannat pushes her. Shivaansh gets the mehendi on his hands too. Varun wants to unite them some how for his selfish motives. Shivaansh fails Varun’s plans by choosing an understanding life partner for himself. He finds Sonya, who is ready for a contract marriage with him on his terms.

Shivaansh gets happy that Sonya is so supportive of him. Sonya keeps the lovey dovey act to please Nani and family. Shivaansh tells Varun that he has made the family’s work easy by finding the girl himself. The family hugs Shivaansh and congratulates him. Shivaansh declares his marriage in the media as well. Everyone is happy for him. Shivaansh tells Varun that Sonya has already signed the contract and is ready for the fake marriage. Varun is angered and wants to kill Sonya. He wants Shivaansh to just marry his pawn Mannat. Mannat is blackmailed by Varun. She is falling in Varun’s trap just to save Munni’s life. Will Mannat and Shivaansh learn Varun’s evil truth? Keep reading.