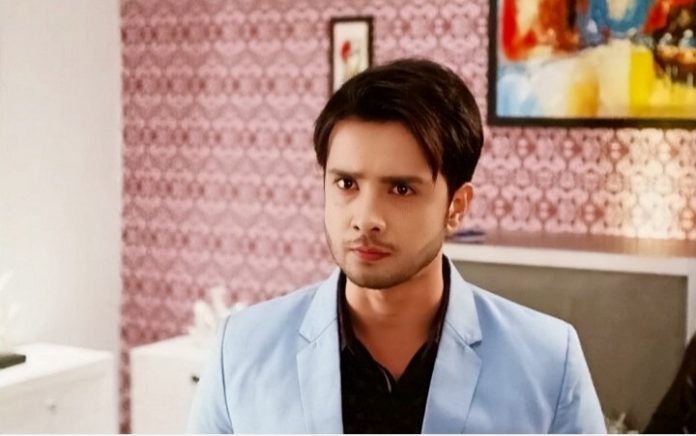 Spoilers Ishqbaaz Ishq SubhanAllah and more. Ishqbaaz: Varun takes the dangerous disguise again and goes to kidnap Sonya. He scares Sonya by coming in her selfie frame. He faints Sonya and kidnaps her. He roll wraps her in a carpet and takes her away. Mannat looks for Sonya to protect her from the evil blackmailer. Varun blackmails Mannat and wants her to marry Shivaansh. He asks her to get ready as Shivaansh’s bride and take Sonya’s place in the mandap. Mannat worries for Munni’s life. She obeys his command. She tries to take help from Varun, unaware that he is the blackmailer. She tells him that someone has sent her to Oberoi mansion to ruin Shivaansh’s marriage.

She asks him to help her and inform Shivaansh the truth so that the enemy’s plan fails. She tells him that she looked for Shivaansh everywhere, but didn’t find him. Varun assures to help her. He goes away and calls her to threaten about Munni again. He asks her not to seek help from anyone, else she will be finding Munni dead. Mannat gets in dilemma over cheating Shivaansh and marrying him.

Ishq SubhanAllah: Kabeer and Zara catch Elena with Arez. Elena is much scared. She fails to answer Kabeer. He asks her what is she doing with Arez at the hospital, when they aren’t related. Elena makes a leave. Zara tries to ask her the problem. She wants Elena to share the matter. She asks if Zeenat has sent her to Arez. Kabeer wants to know if Elena is in love with Arez.

Internet Wala Love:
Jai and Aadhya enjoy a romantic date on Valentine’s Day. Aadhya acts to be annoyed with him. She reminds him that he didn’t wish her on Valentine’s Day before and had let down her expectations. She says I felt you won’t be doing anything for me. Jai is happy to see the loving smile on her face. He surprises her just the way she wanted. Jai tells her that he pretended to not value her on the special day, just to surprise her. He showers love on her. He lines up many surprises for her. Jai and Aadhya have a romantic dance. He gives her a bouquet and proposes her for marriage. He tells her that he has dedicated his entire life for her. She gets too happy hearing his cute confession.

Aapke Aa Jane Se:
Puneet convinces his wife Prachi and manages to come out of the jail. Prachi wants their child’s life to be good. She informs him about Vedika’s baby naming ceremony. Pankti feels sad when she learns about Vedika’s baby’s Naamkaran happening without Sahil. Pankti wanted Vedika and Sahil to unite, by not believing any rumors. She feels guilty since her mum has separated Vedika and Sahil. She prays that Vedika understands the truth and forgives Sahil. Puneet wants to return in Vedika and Sahil’s lives to ruin them.

Main Maayke Chali Jaungi:
Jaya meets a rich NRI guy Dhruv. Dhruv is a business tycoon. He falls in love at first sight with Jaya when he finds her helping some school children cross the roads. Dhruv likes Jaya’s positive persona. He gets struck with Jaya’s charm. Dhruv wants to marry Jaya. Dhruv’s entry will be bringing twists in Jaya and Samar’s love story.