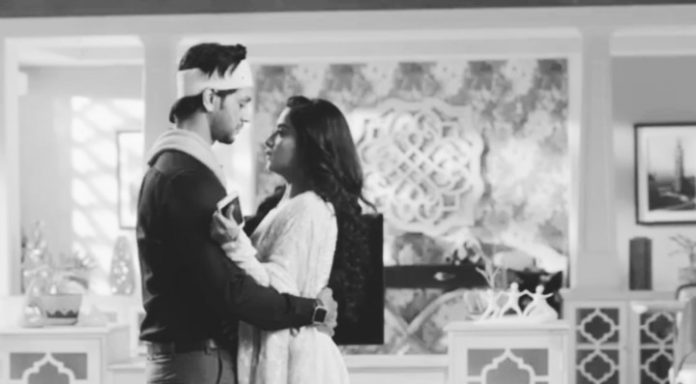 Silsila Astounding twists. Kunal turns too rude towards Mishti and Pari when he finds them at the same restaurant, breaking his quality time with Mauli. He doesn’t want the kids to disturb them. Ishaan greets Mauli. Kunal gets angered seeing Ishaan and Mauli’s smiling gestures. He doesn’t want to spend time with the kids. Mauli asks him to not do wrong with the kids. Kunal tells him that he has nothing to do with the kids, he isn’t related to them. Ishaan tries to stop them for the sake of kids. He asks Kunal to join them. Kunal refuses to his invite. He worries for Mauli. Kunal asks Ishaan to back off and not try to interfere between them. He bashes up Ishaan to teach him a lesson. He warns Ishaan to stay away from others’ wives.

Ishaan gets disheartened. He hides his tears from the kids. He tells the kids that Kunal and Mauli had to leave for an urgent work. The kids want to know why did they leave. Pari gets too upset that Kunal broke his promise. Ishaan understands their sorrow and wants them to have food at least for his sake. He finds the kids yearning for their parents. Kunal and Mauli come home. They get into a heated argument.

Kunal tells her that Ishaan is following them. Mauli reminds how he has crossed the line by misbehaving with Ishaan. Mauli reveals the matter to Radhika and Dida, she complains about Kunal and takes side of Ishaan. Kunal wonders why she is siding Ishaan. He tells her that Ishaan can’t explain him anything about treating his wife.

Things get too complicated. Kunal tells the family that he doesn’t like Ishaan and his daughters. He expresses his dislike for the kids. He tells them that the kids are really testing his patience. He doesn’t want them to annoy him more. Mauli asks him to value the love of those kids. She gets deeply hurt by his words. She asks him to love the kids as he always does. Kunal tells her that Ishaan is sending his kids to them just to come in their lives. He decides to never meet Ishaan and his daughters again. He hates Ishaan and warns Mauli against meeting him. Mauli gets a huge shock with his sudden hatred shoot up. Mauli calls up Ishaan to apologize to him for Kunal’s misbehavior.

She tells him how Kunal has cropping issues due to their friendship. Ishaan gets emotional and tells them that he has realized that the kids need their parents.

He feels the kids don’t need him at all. He gets heartbroken. He asks her how will she meet the kids. Mauli wants to meet them secretly. She cheers up Ishaan. He misses her a lot. Mauli understands his state. She hopes that Kunal recovers soon, so that they can end this drama. Kunal finds Mauli missing and looks for her. She doesn’t let him know about her call to Ishaan. Kunal apologizes to her for overreacting. Mauli goes for her work at her clinic.

She calls up Ishaan to ask him to drop kids to the clinic, so that she can spend time with them. Ishaan tells her that he is missing her more than the kids, and wants to meet her. Mauli asks Ishaan to come with the kids soon. Kunal spends time with his family. Kunal tells them that he is going out for some work. He plans a surprise for Mauli. He wants to have lunch with Mauli at her clinic, since he had upset her much.

Kunal doesn’t know Mauli’s lunch plans with Ishaan. Mauli finishes her work. She gets delighted to meet the kids. Kunal lands up at her clinic happily to surprise Mauli. He gets upset on finding Mauli with the kids. He doesn’t know why is Mauli so much interest in Ishaan’s daughters. Mauli happens to see Kunal’s anger over the kids. She calls it enough and decides to tell him the truth that Pari and Mishti are his own daughters. How will Kunal handle this big truth? Keep reading.