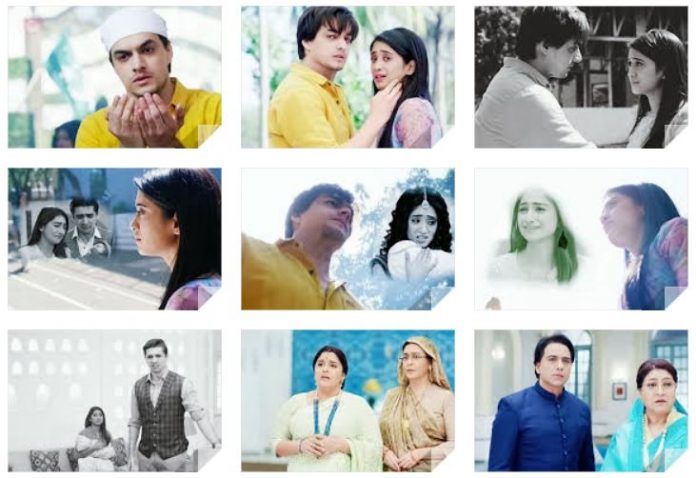 Yeh Rishta Terrible News for both the families. Kartik prays that he meets his Naira some how. He asks the people at Dargah about her. He learns about Naira, who was asking about herself. Dargah Baba tells him that he had just guided a girl who had come to the Dargah to pray. He tells him that she has gone to the police station. Kartik doesn’t hear that Naira had lost her memory. Kartik rushes to find her. Naksh, Kirti and family is worried for Naira. Even Goenkas stay stressed about Kartik and Naira. Everyone wants to know about their safety. They stay restless and want to know the result of Kartik and Naira’s meet. They wish that everything is safe. Kartik doesn’t want to lose Naira ever. Naira gets a hint of her past when she meets a roadside vendor.

She asks him if he knows her. He tells her that she is a frequent visitor. She asks about her own name. The man sees Kartik there and tells her about him. He asks her why does she look so worried. He tries to help her. She doesn’t know whom to call. Kartik tries hard to find her. The families want to know if Naira is safe. They don’t have any trust left in Kartik. They worry for Naira.

Naksh builds pressure on Goenkas. Manish tells him that Naira wanted to meet Kartik. Naksh warns him that he will punish Kartik if anything happens to Naira. Goenkas get clued about the meeting place of Kaira. They want to go to the same place and find them. Naksh gets rude towards Manish. He wants to find Naira at any cost. Naksh and Kirti get into an argument because of Kartik. Naksh gets terrified. Kirti calms him down. Manish and Akhilesh try to find Kartik and Naira, and learn about a small accident that occurred some time back. Kartik wants to stop Naira and talk to her. He visualizes her again and again. He sheds the illusions and tries to really spot her. He shouts to Naira, while she goes away with the police. Kartik gets hurt on the road while trying to get her attention.

Kartik gets in a terrible state. Manish reaches him for this rescue. They wonder what’s wrong with Naira. Police lands at Singhania house with a bad news. They get Naira home and inform Singhanias that Naira has lost her memory. This news shatters Singhanias.

Meanwhile, Manish gets Kartik home. Kartik tells them that he was shouting out loud, but Naira didn’t see him once. He feels she hates him a lot. The family consoles him. Singhanias try to talk to Naira and remind her that she is their family. Naira doesn’t remember them and makes them away. Inspector breaks the terrible news that Naira has lost her identity and memories completely. Naira refuses to recognize anyone. Naira gets in trauma when they try to remind her again. Naksh shows her the family pictures. He asks her to try to recollect their parents. They get worried seeing her state.

Naksh asks Naira if she remembers Kartik Goenka. Naira tells them that she doesn’t know any Kartik. Kartik isn’t aware of her memory loss. Manish tells Kartik that they will find Naira and try to explain her to return home. He wants to know any news about Naira. Naira gets stressed on meeting her family, whom she doesn’t remember at all. She collapses down, adding up more troubles. Singhanias inform Goenkas about Naira’s memory loss. Kartik runs to meet Naira, and gets obstructed by Naksh.