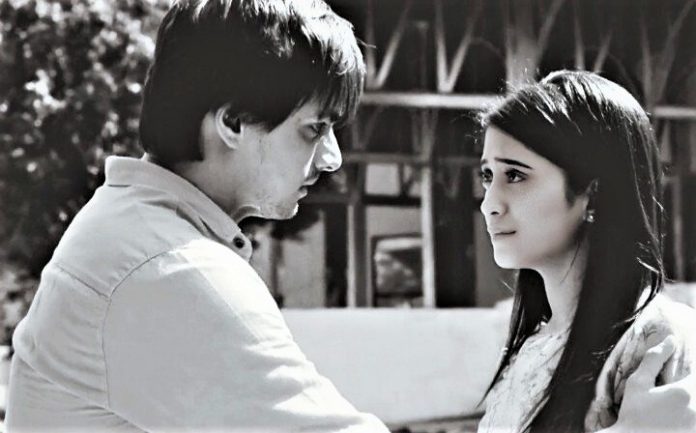 YRKKH Ishq SubhanAllah and more Spoilers. Jhansi Ki Rani: Moropant hides his truth from Manu that he is Krantikari Bharat and wants to keep her away from the fire game. Captain Ross slaps Melson seeing the burnt British flag and asks him to find out where the marriage is happening, as he gets turmeric smell from the flag. Sripadh and Manjiri are getting married in the mandap, when Ross comes there and shoots Shripadh at his forehead. Sripadh dies on the spot. Manjiri breaks down and cries. Manu tries to console her. She tells Moropant that they have to tell British that they have forgotten to get scared from there. Manjiri is taken to follow widow rituals. Manu opposes the rituals.

Purohit says you can’t put hurdle for following old rituals. Manu says I will oppose for the ritual which destroys a person’s life. Gangadhar decides to get remarried and give heir to Jhansi. Janki asks Tatya Dikshit to search a simple girl for Maharaj so that she can keep her in her control. Ross gets angry seeing Manu performing as a Krantikari, and asks his soldiers to arrest her. Manu tells that there is a limit to bear and says all nations will be against you, not only Bhitoor. Tatya Dikshit sees Manu and thinks if Maharaj gets such a wife then Jhansi can be saved from Janki and British. He chooses Manu to marry Gangadhar.

Internet Wala Love: Jai and Aadhya get shocked seeing the painting burning and the teddy missing. Jai pacifies Aadhya. They are getting closer and their love gets deeper day by day. Dadi asks Rupa to give the necklace to Aadhya. Rupa gives the necklace to Aadhya and asks her to wear the same on her engagement day and taunts saying don’t know if you have anything good or not. Aadhya happily tells okay. Jai and Aadhya meet and have a romantic moment. Some goons come there and tell Jai that even they want to romance with her and ask if he has only right on him. They hold Jai and beat him. Aadhya shouts Jai. Someone is conspiring to separate Jai and Aadhya for burning.

YRKKH: Naira forgets Kartik and entire family. Her life becomes a question for her. Kartik meets Naira with a lot of expectations. He gets a tough moment to handle when she denies to know him. He wishes their pain could get bit less. His hopes break down. Kartik imagines her everywhere. He watches her smiling and runs to talk to her. He doesn’t find her. Kartik learns that Dargah baba has sent her to the police station with a lady to help her. Kartik gets worried for her and rushes to find her some how. Kartik learns about her memory loss and faces hatred by Singhanias.

Dil Toh Happy Hai Ji:
Rocky cries since Chintu is dead. He gets drunk and misses Chintu. The family holds Rocky responsible for all the problems. They oust Rocky from the house. Rocky gets drunk and shares his sorrow with his friends. He swears to take revenge on Happy. Happy wants to get away from Chintu’s happy. She gets bounded by Chintu’s will. The family decides to tolerate Happy for Chintu’s sake. Rocky plans to ruin Happy by marrying her.

Raghu kidnaps Dhanak and her family. He can’t take her rejection and hatred. He tells her that he loves her and wants to marry her, with or without her will. He forces his one sided love on her. He points gun at her, while she keeps a knife at his neck. Dhanak didn’t know she will be caught while attending Maya and Raghu’s marriage. Dhanak wanted to know about Maya’s claims. Raghu had planned everything to marry Dhanak. Raghu threatens to kill her dad, and forces her to marry. Raghu forcibly marries Dhanak.

Dhanak marries him in order to save her family from his goons. Raghu and Dhanak get married. Raghu doesn’t listen to Maya. Maya rushes to inform Raghu’s mother about the marriage. Dhanak is very unhappy with her marriage with Raghu. She ends her friendship with him and develops hatred for him. Raghu wants to win over her hatred with his love.

Sitara kidnaps Viraj’s brother to hurt his heart. Rajguru meets Vrinda in the Vishlok. He scolds her and asks her to not take her revenge. Vrinda hurts herself to provoke Sitara for revenge. Vrinda cheats Sitara by her fake injuries. She wants Sitara to stay raged and revengeful against the royal family.

Elena is in love with Arez. She wonders why is she developing feelings for Arez. Kabeer doesn’t want Elena to get married soon. He tells his family that once Elena finishes her studies, they will find a nice guy for her. Elena had broken the unwanted relation with Sameer by the help of Arez. She gets worried when Kabeer gets against Arez as well. She wants the family to give their consent to Arez and her marriage. Zara promises Elena that she will set everything fine. She asks Elena to keep faith in her and not take any wrong step in haste.