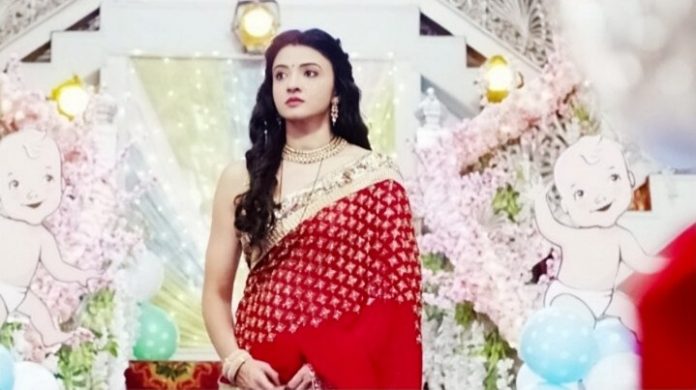 Aapke Aa Jane Se Vedika fights with Pankti by not believing her. Pankti breaks down and fails to prove her innocence. She falls down in Vedika’s sight. Pankti loses her personal diary and worries if Vedika has got it. Vedika reads her diary and asks Pankti why did she just mention about Sahil, does she love Sahil. She feels Pankti is also in love with Sahil. Vedika asks Pankti why is she trying to come between them. She insults Pankti. Pankti clarifies that she has got her belief back in love after seeing Sahil and her love. She states that she doesn’t love Sahil, but just respects him. Pankti tells her that she just admires Sahil. Vedika asks Pankti not to lie further.

She asks Pankti to have courage and admit her love. She wants to hear the truth once. Pankti’s mum is planning to out Vedika from Sahil’s life, and unite Sahil with Pankti. Moreover, Ved locks up Sahil and Vedika in the washroom. Sahil expresses his love for Vedika once again. He asks her not to doubt on his loyalty and love. He doesn’t love Pankti and wants to just make her believe this.

Sahil tells Vedika that since he knew the meaning of love, he has just loved her. Vedika gets flowing in emotions when his sweet words. They have a moment. Sahil is trying hard to convince her. He plans a surprise date for Vedika. He tells her that he has made the dinner for her just to please her and get her forgiveness. He asks her to believe him and give him another chance. Vedika’s misunderstandings don’t get cleared. He stops her from leaving and asks her to remember their love. He reminds her that they both love each other and can die for their love. She reminds him his cheat. She expresses her annoyance. She tells him that one those truly love don’t cheat. Sahil regrets for his mistakes and apologizes to her. He tells her that he didn’t wish to hurt her. He can’t see her crying. She walks out and ruins his hopes.