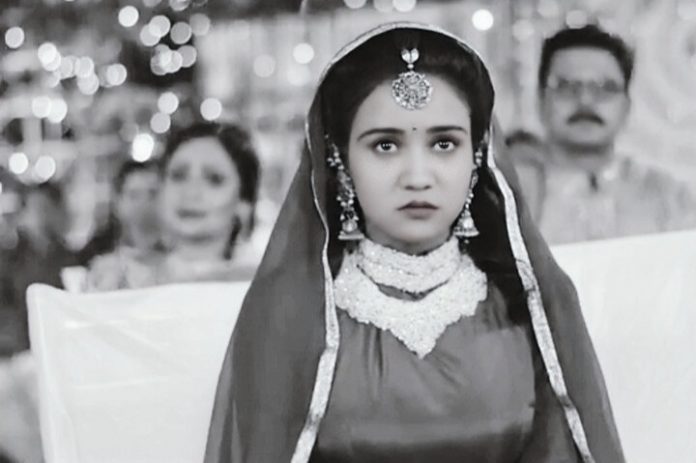 Yeh Un Dinon Naina expresses her wish that she wants to dress up like her favorite heroine Madhuri. She asks beautician to give her a look like Madhuri. She gives the consent to get her hair permed. Preeti tells Naina that she will look good even on her honeymoon. Naina gives her consent thinking her photos will be good as well. She faces criticism by her sudden wish. She gets shocking hairdo and looks ugly. She asks how will I go out now, no bride will go in her marriage with such hair, everyone will laugh on me. She had experimented on her look on her marriage day. She asks Preeti to do something to fix her hair. Beautician tells her that this is permanent perming and now her hair can’t get like before.

Naina gets a bad hairdo in an attempt to look pretty. Naina gets angry and asks hair stylist does she know anything or not. She says I m looking a cartoon, how can I go out like this on my marriage day. Preeti wanted the beautician to do the best make up to Naina, so that Sameer gets mesmerized. She gets upset and asks Preeti to inform Sameer.

She wants to call off the marriage. She says even my pictures will get spoiled. She can’t accept the bad look. She tells Preeti that she doesn’t want to make a joke of herself. She feels the entire day got ruined by her one stupid wish. She tells Preeti that she should have not wished to become a heroine, she has lost even her own charm. Preeti asks Naina did she go mad to call off the marriage for such a small reason. Naina refuses to go to the mandap. She gets in much tension. She tells Preeti that Sameer had asked her to keep hair loose, but she can’t shock him by going to the mandap with such shocking hair. Preeti asks her to put on ghunghat and cover the hairdo. Naina doesn’t listen and gets adamant. She refuses to go to the mandap.