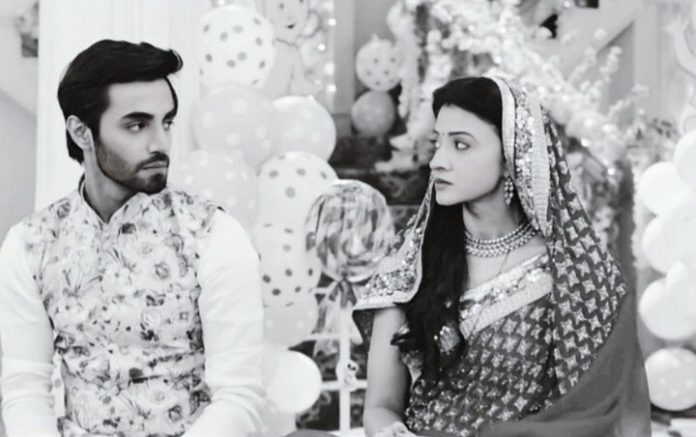 Upcoming in Aapke Aa Jane Se. Pankti and Gaurav decide to get married. During Pankti’s mehendi function, Sahil and Vedika perform romantic dance. Everyone asks Pankti who cares for her the most. She names Sahil. This upsets Vedika. Sahil gets happy that Pankti values their friendship. Sahil gets Gaurav’s ID card. He finds a different name on it. He confronts Gaurav about his identity. He tells them that Gaurav’s name is Raman Prakash. He scolds Gaurav for his cheat.

Gaurav tells Sahil that he is adopted and had to change his name. Vedika gets upset when Sahil spoils the happiness. She asks Sahil why is he so possessive as if he doesn’t want Pankti to get married to Gaurav. Gaurav agrees with Vedika. He also doubts on Sahil’s intentions. Vedika angrily leaves from the function. Sahil just wants the best for Pankti. Gaurav feels Sahil and Pankti like each other. He doesn’t want to marry Pankti. He refuses to marry Pankti and walks out.

Ishq SubhanAllah:
Elena runs away from the house to meet Aamir. Kabeer gets angry and hurts himself. Zeenat frames Zara for supporting Elena and ruining the family reputation. Zara defends herself, as she didn’t expect Elena to elope.

Kabeer and family question Zara, and turn upset with her. Elena goes to meet Aamir. He reaches the bus stop and looks for her. She waits for Aamir. Elena hides from Kabeer. Aamir finds Elena. He hugs her. They have a moment of love. He tells her that he didn’t call her at the bus stop, someone has tricked her by sending a message by his name. She shows him the message. He tells her that this isn’t his number. Kabeer catches Elena and stops her from going with Kabeer.

He bashes up Aamir. He shouts on Aamir for eloping with his sister. Kabeer raises objection against Elena and Aamir’s love story. He is much furious on Aamir’s lie. He reprimands Zara for supporting Aamir and Elena. Zara stops Kabeer for hurting Aamir further. Elena comes in between. She asks Kabeer to stop, else she will forget that he is her brother. Kabeer gets moved seeing her rebellion.