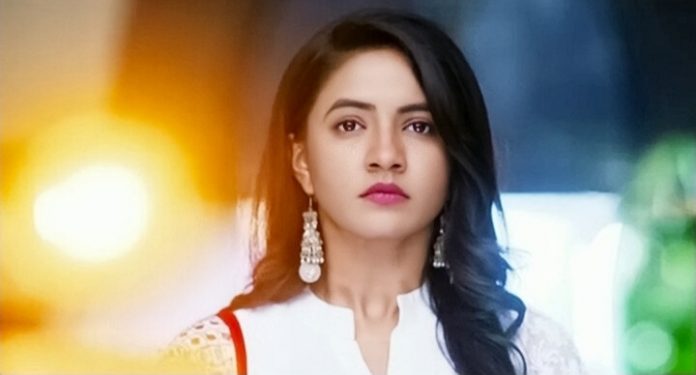 Ishqbaaz Udaan Aapke Aa Jane Se and more spoilers lined. Udaan: Chakor and Anjor meet in the temple. Chakor gets help from Sameer. She helps Sameer, while he prays that she gets her daughter soon. She searches for Anjor. She doesn’t know that the girl in front of her is Anjor. Anjor gets emotional seeing Chakor and makes an excuse to touch her feet. Anjor then gets reminded about Chakor’s cheat. She hates Chakor and Raghav. She becomes strong-headed and doesn’t reveal her identity to Chakor. Chakor thinks Anjor is Sameer’s girlfriend, who is testing his love again and again. She has no idea that her search had ended on meeting Anjor.

Chakor fails to meet Poonam and Jatin. She doesn’t know Anjor hates her a lot. Poonam is much obsessed for Anjor. She doesn’t want Chakor to claim her rights on Anjor. Poonam is ready to kill Chakor if the latter comes in her way. Anjor is much hurt and holds hatred and emotions for Chakor.

Ishqbaaz: Shivaansh gets arrested for Varun’s murder. The media covers the shocking news and slam his superstar’s image. The family breaks down knowing Shivaansh has killed Varun. Radhika faints down hearing the allegations. Shivaansh lifts Radhika and takes her inside the house, to protect her. The family cries and loses belief in Shivaansh. They don’t know if this is true. Radhika gets conscious and wants to know the truth. She gets angry on Shivansh. She learns about Varun’s murder. She can’t bear the shock of her husband’s death. She can’t believe that Shivaansh has turned her into a widow. Shivaansh’s uncle Sahil will be making an entry.

Sahil will be behind Varun’s murder. He tries to fake his goodness and help Shivaansh. Nani begs Sahil to save Shivaansh. Shivaansh doesn’t want anyone to rescue him. He wants to land behind the bars, so that his family hates him more. He doesn’t defend himself in the murder case. Mannat will help Shivaansh and prove his innocence. She will not withdraw her support from Shivaansh. Sahil gives false hope to the family that he will save Shivaansh and bring him home. He is evil-minded and wants Shivaansh out of his way, so that he gets all the property of Oberois.

Aapke Aa Jane Se:
Puneesh kidnaps Vedika and tortures her. He gets her signs on the property papers. Vedika signs the papers just for saving her children. She finds both her children in trouble. Pankti’s mum wants Pankti to marry Sahil. She joins hands with Puneesh to accomplish this task. Vedika asks them to let her go. Vedika gets poison injected in her body. Puneesh asks her to write a suicide note. Pankti’s mum forces Vedika to write the letter. She doesn’t want Pankti to know the truth. Vedika tries to escape. She faces difficulty to reach Sahil. Badi Amma rescues Vedika and the children.

Ishq SubhanAllah:
Elena compromises with her life. She meets Anas and his family. She goes against Zara. She doesn’t want Zara to fight with Kabeer and family for the sake of her happiness. She sacrifices her happiness and is helpless to save Kabeer and Zara’s marriage. She doesn’t want Zara to get thrown out of the house. Elena thinks if she refuses for the marriage, Zara will be blamed by the family again. She agrees to marry Anas just for the sake of her family. Kabeer fixes Elena and Anas’ marriage. He is very happy for his sister’s future. Zara asks Elena if she is really happy. She wants Kabeer to value Elena’s real happiness, that lies in Aamir.

Diya gets sick because of food poisoning. She has assumed the Bhujiya by Mittal sweet house. Rupa gets blamed. Jai gets a message and learns that Rupa is arrested. Aadhya worries for her. Jai and Aadhya take care of Diya. They suspect Karan as the culprit. Jai thinks who is targeting their families, since even Rupa fell sick before. He gets tensed to know the real culprit. He has mixed feelings. Aadhya wants the culprit to get punished. Karan and Ragini are targeting Jai’s family. Jai and Aadhya stay together in difficult times as well.