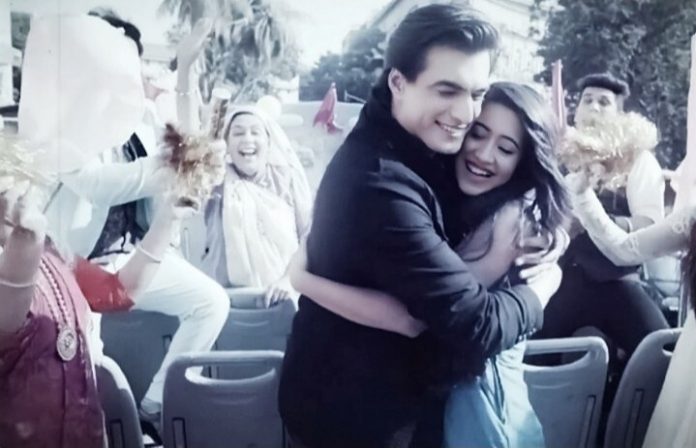 YRKKH Ishqbaaz Ghatbandhan and more. Shivaansh gets jailed for murdering Varun. Radhika turns into a widow. Nani curses Shivaansh for ruining Radhika’s life. Shivaansh gets support from Sahil and also his fans, who protest at the police station to get him released. Shivaansh tells Sahil that he doesn’t want to get saved. He bears all the blames since he is close to death. He gets depressed over his ending life. Shivaansh feels sad seeing Radhika in widow clothes. Nani tells him that they will never forgive him.

Mannat reaches the police station and tells the media that Shivaansh isn’t the murderer. The reporters question her about the real culprit. They want to know why did Shivaansh accept the blame if he is innocent. Nandini knows Shivaansh well that he isn’t a criminal. She asks him the truth so that she can help him. Shivaansh wants his family to hate him more, so that they don’t cry when he dies. He doesn’t defend himself. Shivaansh has no idea that Varun is alive. Mannat will expose Varun’s plans.

Ishq SubhanAllah:
Kabeer meets Aamir and asks him to sign the divorce papers, so that Elena gets divorced and free from the marriage. He wants Elena to marry Anas. He wants to convince Aamir to think of Elena’s happiness.

Guddan Tum Se Na Payega:
Durga scolds Rawat for cheating them. She asks him to leave. Guddan tells Durga that Rawat won’t go anywhere. Guddan supports their enemies with a motive. Durga asks Guddan why does she want to help Rawat. Guddan wants Rawat to stay with them, so that she can know his plans and fail him. She doesn’t listen to Durga. Durga doubts that Guddan is also involved with Rawat. Guddan challenges Rawat that she will defeat him. She asks him not to be happy, she has helped him just to make him lose. She is sure that he will make some mistake, for which she will be waiting.

Yeh Rishta Kya Kehlata Hai:
Kartik plans to celebrate Valentines with Naira. She enjoys Sid’s company. She feels connected to Sid. She is very excited. She goes to meet Sid on the Valentine’s Day. Kartik gets emotional on seeing her. She gets flashes of the past. When she sees Kartik in the memory flashes, she turns more restless. Her questions about Sid gets high. She wants Sid to answer her, if he is someone related to her past.

Aapke Aa Jane Se:
Badi Amma and Manjula rescue Vedika and take her to the hospital. Vedika was poisoned by Puneesh. She gets treated. When she gains consciousness, she worriedly rushes to meet Sahil. Badi Amma asks her to take rest and go to Sahil later. Vedika doesn’t care for herself. She just wants to go to Sahil. Badi Amma tells Vedika that Sahil has gone to America with Pankti. Vedika tells them that Sahil is just her husband, he can’t marry anyone else. She wants to stop Sahil. She tells them that Sahil and her relation isn’t so weak, their love is of many births, she will get him back. She doesn’t want to accept the divorce. Badi Amma tells her that Sahil has also signed the divorce papers, Sahil isn’t her husband now. She asks by what right will you stop him now. Vedika reaches the airport to stop Sahil and Pankti. She doesn’t want Sahil to leave from her life.

Ghatbandhan:
Raghu and Dhanak have a moment. Dhanak tells him that she is marrying someone else. Raghu gets jealous and stops her to know answers. She tells Raghu that she can never be his wife. Raghu tells her that he loves her a lot. His misunderstanding clears. He learns that Dhanak isn’t marrying anyone, the NRI guy has come to see Sejal. He gets happy to know that Dhanak is just of him.