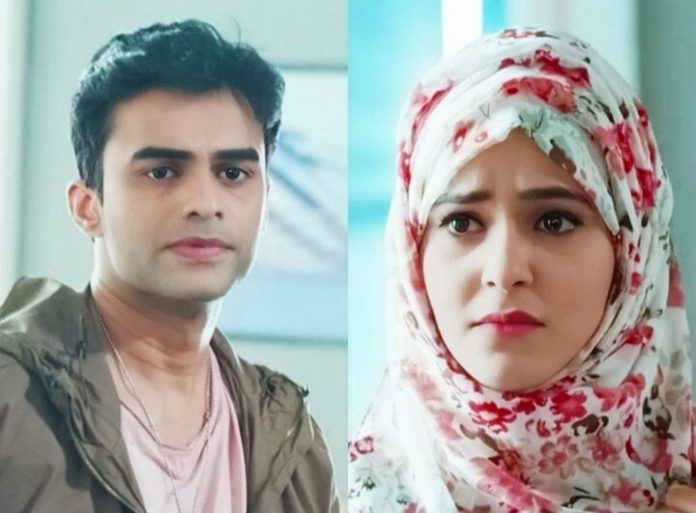 Upcoming twists Ishq SubhanAllah. Elena goes ahead to marry Anas. She has no hopes left. Her family doesn’t support her. She loves Aamir and cries in his memory. Aamir learns about Elena’s marriage. Zara’s dad becomes the Qazi to accomplish her Nikaah with Anas. Kabeer’s family celebrates their happiness. Zara reaches there in disguise. She wants to get Elena married to Aamir. Zara stops the mariage and tells her dad that the marriage can’t happen without the bride’s consent, none can force Elena for the marriage. She declares that the Nikaah can’t happen without Elena’s consent and happiness. Zeenat scolds Zara for coming in the marriage without their permission. Zara slaps Zeenat and asks her to stay out of Elena’s matter. Zara gets a proof against Anas and tells Kabeer that Anas isn’t the right guy for Elena.

Aapke Aa Jane Se: Sahil and Pankti are at the airport. They didn’t know they will lose Vedika’s belief. They wish Vedika could understand them. Sahil is depressed. He is going away from Vedika forever.

He doesn’t want to hurt Vedika more by forcing the truth on her. He makes things easy for her, when he feels she will never give him another chance. Sahil tells Pankti that he is fine. She knows he is in pain. Sahil wants Vedika’s betterment. He tells Pankti that Vedika has a right to stay happy. Pankti is helpless because of her mum. She is threatened about Vedika’s children. She doesn’t want her mum to hurt Vedika and her children. Vedika reaches the airport to stop Sahil and Pankti. Sahil is doing this drama just to instigate Vedika’s love. He wants Vedika to come back to him by believing their true love. Pankti will reveal their planning to Sahil and Vedika. She will be going to US alone, and wish the best to Sahil and Vedika.