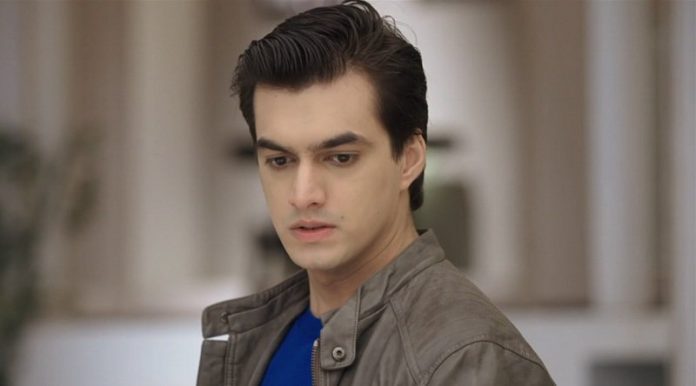 Yeh Rishta Kartik weird behavior. Naira prepares some really cool dance moves to win the best dance move round, so that she can dance with Sid in the Valentines’ party. She wants to date Sid, knowing she didn’t had anyone in her past. She is happy that she isn’t cheating in any relationship. Naira happily prepares to meet Sid. On the other hand, Kartik keeps on rejecting her calls, so that she doesn’t learn about his truth. He gets occupied by work and doesn’t talk to her. He feels it will be good if he ignores her for some time, to look like any normal friend to her. He doesn’t want to excess his care and concern to the level that he comes under scanner. Naira turns restless even after meeting him twice. She wants to get in touch with him, realizing their strong relation in the past.

Though she doesn’t remember anything about Kartik, she feels he is part of her life. Naira and Kartik look forward to meet at the dance academy. Kartik gets a huge shock when he finds Naira arriving home. He hopes for the best that she regains her memory without any complications. He rushes to stop her from getting strained by the memory flashes.

Kartik behaves weird to stop Naira from learning his real identity. Naira wonders why is Sid doing this. She doesn’t want to doubt on him again, having developed a liking for him. Moreover, a new guy meets Naira in the Valentine’s party, and falls in love at first sight with her. The guy gets between Kartik and Naira, and poses new troubles for them. Kartik plans to celebrate his wedding anniversary with Naira, which also falls on the Valentine’s Day. How will Kartik manage to win his lady love? Keep reading.

Muskaan learns about Kajal and Ronak’s marriage. She convinces Ronak to attend his reception party. Ronak gets Muskaan in the party and tells everyone that he loves Muskaan, she is his wife. Gayatri doesn’t accept his incomplete marriage with Muskaan. The society tags Muskaan as the second woman in his life. Ronak saves Muskaan from the humiliation. Muskaan is much upset seeing the insult he is facing.

He defends Muskaan. He doesn’t care for the society. He tells them that he will never let the society or family insult Muskaan. He tells them that he has vowed that he will spend his life with Muskaan, and now he will complete his marriage with Muskaan by taking the last seventh round of the marriage. He tells the family that Muskaan will always be his love. He declares his love for Muskaan. Muskaan gets stunned with his love declaration in front of everyone in the party. Muskaan tells Ronak that her life was ruined before as well. She doesn’t want Ronak or Sir ji to create more troubles for her. She tells Ronak that she doesn’t want his support. Ronak marries Muskaan just to protect her from evil taunts of the society.