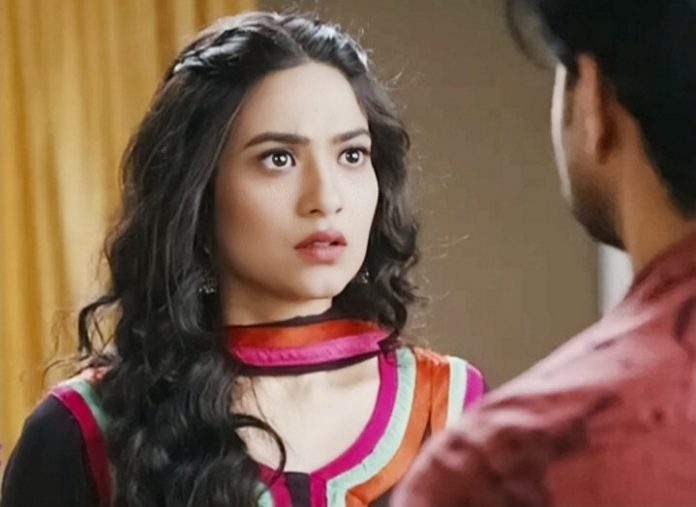 Silsila Kunal Nandini memories. Ishaan breaks his silence when Kunal stains Mauli’s character. Kunal confronts Mauli and asks him to give an answer. Ishaan interrupts Kunal when the latter breaks lines. Kunal laughs on their so called love and asks them why are they defending each other. He taunts Mauli and Ishaan for cheating. He goes on passing cheap insulting remarks on Ishaan. Mauli feels Ishaan doesn’t deserve this insult. Ishaan and Kunal get into a fight. Mauli asks Kunal to stop himself. Kunal wants to know why does she want to leave him and go. Kunal asks her why did she cheat him in such a way that she shattered his heart into pieces. He understands Mauli’s actions and scolds her for her affair with Ishaan.

He asks her when did she become so cunning that she has hidden her affair so well. Dida tells Pandit that she wants to get Mauli’s marriage mahurat. She calls up Kunal to know where is he. Kunal gives them the bad news of Mauli and Ishaan’s love affair. They get a huge shock knowing about Kunal’s big misunderstanding. Radhika doesn’t want Ishaan to get hurt by Kunal’s wrath. Kunal reveals to them how he caught Mauli cheating.

Radhika wants him to come home. He tells her that he wants to know the reason for Mauli’s cheating first. The family worries for Mauli, who is facing so much because of her fate. Mauli gets slipping into the past when he confronts her the same way like she confronted him when he cheated her because of Nandini. Kunal also recalls the past when Mauli confronted him about his affair. He gets Nandini’s memories back and can’t handle the stress. Kunal breaks down. Mauli senses that he is recalling the past memories. She tells Ishaan that Kunal might be regaining his memories. Meanwhile, Pari cries and misses her dad. She wants Kunal to love her like before. Mishti consoles Pari.

She is sure that Kunal will get his memory soon. They decide to go home and meet Kunal. Mauli tries to remind Kunal the past and admits that she doesn’t love him. She repeats his words so that he recalls Nandini and entire past. Mauli tells him that she cheated him, but she doesn’t love him. She asks him to recall the past, when he had cheated his wife for another woman. She scolds him while reminding him about his affair with Nandini. Ishaan asks Mauli not to hurt Kunal by putting him in more stress.

Kunal doesn’t know what’s happening with him. Mauli takes the big risk to remind him about Nandini. She tells Kunal that she loves Ishaan and wants to be with him. Pari and Mishti arrive home at the same time when Mauli reminds Kunal about Nandini. Kunal recalls Nandini and denies everything. He asks Mauli not to lie to him further. He reprimands Mauli when she tries to awaken his memories. He gets few fragments of his past and scolds Mauli for her lies regarding her pregnancy.

Mauli doesn’t deter from her big aim and goes on reminding him the past. Kunal blames Mauli for coming between Nandini and him, and making Nandini sacrifice her love. Mauli wants him to remember all the past years of their life. Kunal fails to bear the memory visions flooding in his mind. Mauli worries for him when he collapses down. Ishaan decides to end Mauli’s worry by marching out of her life. He asks Mauli to leave him and give another chance to Kunal. Ishaan sacrifices his love. What will Mauli decide for her life? Keep reading.