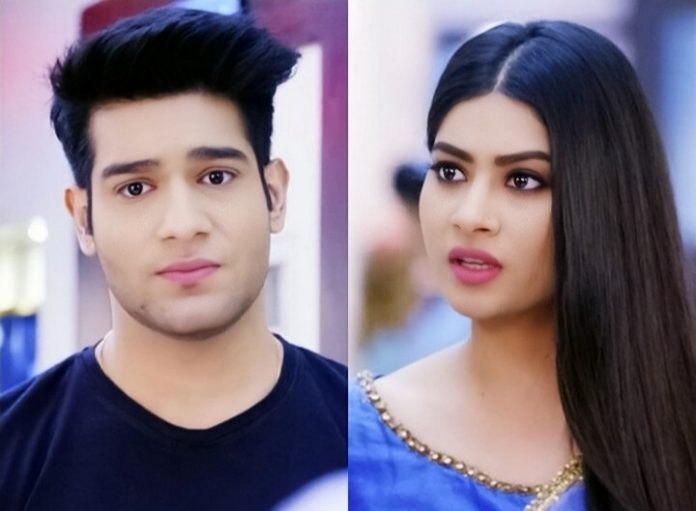 YHM Yug poses Trouble. Sudha and Karan are very happy that their plan has worked well. Karan tells her that he wanted to inform her about his plan before. He tells how Ishita misunderstood Yug and got him arrested. He reveals that he has bailed out Yug, who wants revenge from Ishita. He is sure that Bhallas will believe Yug as Adi. Sudha calls his plan really brilliant. Karan tells her that he is her son and wants her to succeed. He tells that Yug will convince Aaliya, since he is madly in love with her. He is sure that Aaliya will also go crazy for Yug, believing that he is Adi. He says even if Aaliya knows his identity, she will be emotionally tortured and forget Rohan. He tells her that Aaliya will break Rohan’s heart, and then Rohan will come back home.

Sudha feels proud with Karan’s planning. Raman recalls Ishita’s words that Yug isn’t Adi. He gets worried for Aaliya. Ishita feels Aaliya is very much convinced with Yug. Sudha taunts her that Aaliya isn’t ready to come with her, even when Rohan is awaiting her. She asks Ishita to send Aaliya. She reminds the post nuptial agreement. Ishita wants to explain everyone that Yug isn’t their Adi. Sudha tries to brainwash Rohan and tells him that Aaliya is with Adi. She asks him to explain Aaliya and get her home.

He doesn’t want to confuse Aaliya more. He wants to give some time to Aaliya so that she handles the situation. She asks him not to let Aaliya go far from himself. He doesn’t want to bother Aaliya. Sudha gets happy seeing Rohan getting distant from Aaliya. Ishita tells Bhallas that Yug is Adi’s lookalike, he isn’t their family member. She asks them to realize that their happiness is a lie, since Yug is cheating him. She asks them not to get deceived by Yug. She didn’t wish to hurt anyone’s emotions. Sudha finds a chance to give it back to Ishita. She asks Ishita why does she look so upset. Ishita understands Sudha’s intentions. She doesn’t want Rohan and Aaliya to part ways.

Aaliya tells Rohan that she can’t leave Adi, who is her husband and first love. Rohan reminds her that he is her husband. She doesn’t listen to him and asks him to get lost. She forgets Rohan’s love and care. She just thinks of Adi. Ishita and Shagun ask Aaliya to understand that Yug isn’t Adi. Shagun goes to get proof against Yug. Aaliya tells them that she is very much convinced that Adi has come back.

Shagun fails to get any evidence against Adi. She tells Ishita that there are no police records of Yug’s arrest. Karan tells Sudha that he has changed all the records so that Aaliya stays convinced about Yug. Ishita fails to explain Aaliya. Aaliya asks everyone to stay happy with Adi’s return. Aaliya tells them that she will not miss the second chance in her life. She doesn’t want to lose him once again. Karan tells Sudha that he has bribed the inspector and now Shagun and Ishita can’t prove anything.

Sudha is happy to insult Bhalas. She takes the drama higher. Yug’s friends want to know where did Yug go. Yug gets emotional when he gets love from the family. Pihu connects with him and tells him how much she has missed him. Yug tells them that he missed everyone in his life and now he has got his family back. Yug genuinely bonds with Adi’s sisters. Ishita gets upset that Yug is misusing their trust and love. Yug wanted the family’s love and really feels lucky.