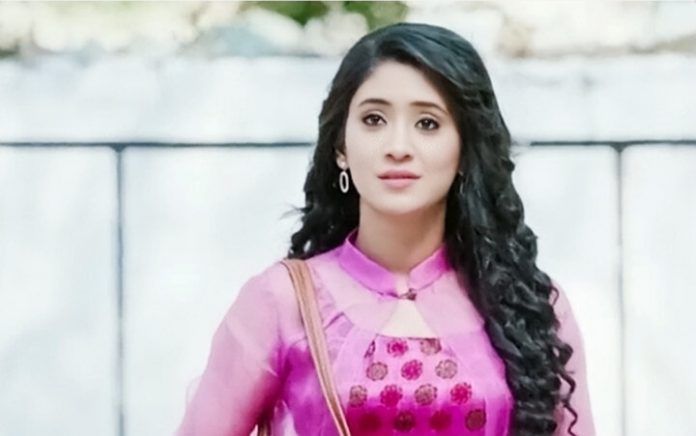 YRKKH Upcoming twists with new entry. Naira doesn’t want to run away when she isn’t at fault. She doesn’t know why Kartik is asking her to run when he knows that they are just friends. Kirti worries for Krish. Naksh wishes her happy Valentines. She knows that he is pitying her and pleasing her with fake gestures. She doesn’t want to forgive him for his loss of attention. The lady worries to inform Naksh about Naira, who has gone to meet Sid. Kartik and Naira revisit their past. He feels its a lovely moment that Naira is with him again, on the same day and in a similar situation. He tells her that he knows that goons trouble the lovers on this day, just to have an excuse. She tells him that they are just friends. He gets sad that she has forgotten their precious relation. Before they could leave, they get attacked by the goons.

Kartik and Naira fight the goons like before, while expressing their concern for each other. Naira gets through some flashes and scolds the goon for troubling her Kartik. Naira gets held at gun point. The goons make their video to defame them. Kartik asks the goons to leave Naira. He can’t tell them that she is his wife.

Naira reacts in anger like before and gets back to her lioness avatar, surprising Kartik. They teach a lesson to the peace breaking goons. Kartik gets happy to see her going on the right track. Naira gets blank once again. Kartik doesn’t take any chance to push her in stress. She tells him that she doesn’t remember anything. She is sure that their Valentines is a superhit. Kartik feels destiny is bringing them together. Naksh learns that Naira isn’t at the dance class. He yells at the staff. He worries for Naira. Kirti tells him that they will find Naira. Naksh loses cool thinking with whom Naira is present right now. Kartik doesn’t want Naksh to know about him. Naksh and Kirti rush to find Naira. Kirti asks him not to panic, since that won’t help. Kartik tells Naira that she has told him the address. Naira comes across Rishabh, who helps her. His charming personality doesn’t strike her.

She asks him to better not stare at her. He asks her if she doesn’t know him. She asks him not to tease her on Valentine’s day. He feels happy to get scolding from her. Kartik arrives home in a happy mood. He lies to the family about his friend, who called him for urgency. He doesn’t want his family to worry for him. He can’t stay away from Naira. He feels much hurt. Devyaani informs Naksh that Naira is home. Naira gets angered on Rishabh when he gives her a gift. He tells her that he is Naksh and her common friend. Naksh gets deeply pleased on meeting Rishabh. Rishabh saves Naira from Naksh’s anger. Naksh tells Naira that he was much worried for her. Rishabh reminds Naira of their old friendship.