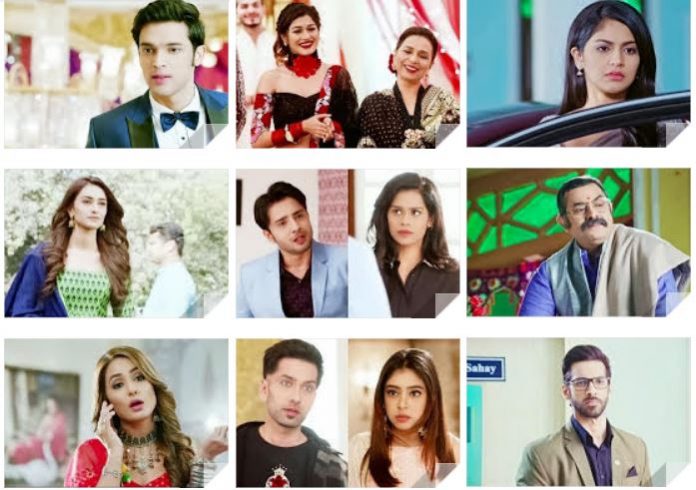 Upcoming Kasautii Ishqbaaz Krishna Chali London: Krishna gets fed up with the loss of trust she is receiving from everyone. She doesn’t want more insult from everyone. She feels she should just go away from them. Veer apologizes to her and win her forgiveness from her heart. Sunaina wonders where is Veer. She gets a big shock when she hears Veer playing the same old tune on the piano which he used to play when he was in love with Shivani. Sunaina fears that Veer is in love with Krishna. Veer loses his senses and just wants Krishna to forgive him. He feels guilty that he has ruined Krishna’s life. Sunaina wants to know why is Krishna’s forgiveness so important for him, why does Krishna matter to him so much.

She helps him realize his love for Krishna. She warns him against having any relation with Krishna, since she is a widow. She tells him that Krishna will face more troubles by the society if he makes a relation with Krishna. Veer denies to have any feelings for Krishna. Sunaina understands him and makes him realize that he loves Krishna. He asks her to maintain distance with Krishna. Elsewhere, Krishna doesn’t want to talk about Veer or Shukla family. She doesn’t know about Lali’s critical situation. Veer responds when Gajanan gets Lali for the treatment at the hospital.

Veer asks Gajanan to let him treat Lali, since he never mixes his personal and professional lives. Veer treats Lali. She advises him to keep trying and win Krishna’s forgiveness. She finds Veer a nice person. She motivates him to support Krishna.

Mohini and Nivedita are informed about Prerna by Komolika. Nivedita wants them home. Komolika tells them that she is going to help Prerna. Anupam gets concerned for Prerna. Nivedita asks Anupam to stop talking about Anurag and Prerna. He prays for the lovers. Anurag worries for Prerna a lot. Komolika gets jealous seeing them together. Anurag gets Prerna admitted in the hospital, unaware that she is pregnant. Mohini asks Komolika not to allow Anurag to go with Prerna. She doesn’t want Anurag to fall in Prerna’s plan again.

Komolika tells her that they know Anurag’s love for Prerna. She asks Mohini not to lie to her. She doesn’t want her marriage to suffer. Mohini wants to help Komolika. Anurag feels bad seeing Prerna’s state. Prerna begs him not to leave her again. He promises that he won’t leave her.

Komolika tells her that Anurag is her husband. Mohini and Komolika turn bitter about Prerna. They try to brainwash Anurag. Doctor overhears their conversation, and doesn’t want to tell them about Prerna’s pregnancy. Mohini compels Anurag to come with her. Anurag feels Prerna is his responsibility. Mohini corrects him and asks him to know his responsibility towards Komolika. Veena inspires Prerna to fight for the rights and not give up.

Ishqbaaz:
Shivaansh manages to connect the dots and finds out that Varun is alive and hiding somewhere to get him behind bars. He realizes that it was Varun’s plan to get him killed so that Varun can snatch his property. Mannat helps Shivaansh in figuring out Varun’s plan and his aides, who had helped him by being inside the Oberoi mansion. She makes Shivaansh realize that she had always told him the truth and he never believed her. Shivaansh regrets the fact that he had doubted a true hearted girl like Mannat.

He makes an apology to her, while they proceed to get more evidence against Varun. Shivaansh comes across a video in Mannat’s phone and fortunately gets a big proof against Varun. He witnesses Varun killing Honey in the video and informs Nandini about it. They get the proof that Varun is a murderer. Shivaansh devises a plan to nab Varun. He lays a trap for Varun by declaring his innocence to the media by Nandini’s help. Nandini uses Sharda as a bait to nab Varun. Varun doesn’t want to leave any evidence against him.

He reacts seeing the news and reaches Oberoi mansion to kill Sharda. He falls in Shivaansh’s clever trap and gets arrested by police. Shivaansh then unveils Varun’s each and every crime in front of the family, so that they know Varun’s real face and hate him. Varun pays for his crimes, while Shivaansh becomes a hero in his family’s sight once again. The family gets a huge shock on knowing about Shivaansh’s critical illness. They didn’t imagine that he is dealing with such a pain all alone and wish for his recovery.