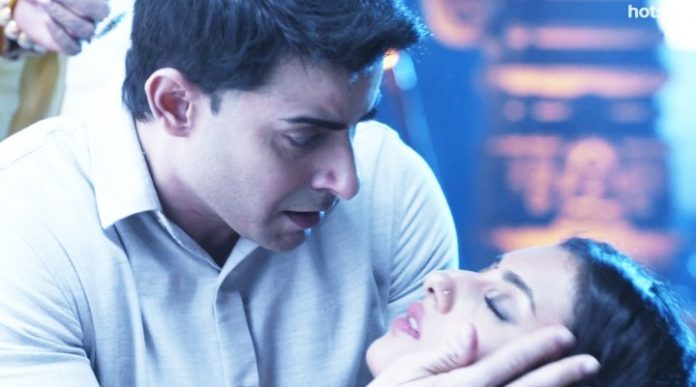 Kulfi Ishqbaaz Kaal Bhairav Rahasya and more. Shivaansh survives after his surgery. A love triangle is formed when Shivaansh calls his friend home to celebrate his recovery. He dances with his friend, which triggers the possessive wife in Mannat. Mannat stops their dance practice and pushes Shivaansh in anger. She shows her rights on him. Shivaansh introduces Alisha and tells Mannat that Alisha is starring with him in a music album. Mannat controls her jealousy. Khanna helps Mannat by making Alisha away. He gets Shivaansh’s diet food and medicines. He asks Alisha to leave Shivaansh alone for some time. Alisha doesn’t want to go away. Mannat pulls Alisha’s hand and asks her to let Shivaansh rest for some time. Shivaansh tells Mannat that he is absolutely fine. Mannat prepares for Shivay and Anika’s death anniversary. She goes on impressing Shivaansh by her humble nature. They have a sweet lovey dovey moment. He thanks Mannat for making everything fin in his life.

Kulfi Kumar Bajewala:
Amma keeps a dog to scare the kids. Kulfi is scared of the dog named Ghost. She gets terrified seeing the dog. Amma scolds Kulfi and traumatizes her. Kids start believing in Kulfi, once she helps them out. Kulfi wants to get free from the remand home. Kulfi wishes that her angel Sikandar finds her soon.

Ghatbandhan:
Dhanak learns about Raghu’s good deed. She decides to stay with Raghu. She finds it difficult to convince her family. She meets her family and gets emotional. Raghu wins to get his love. Dhanak’s dad angrily ends all the relations with her. He can’t believe that Dhanak wants to live with Raghu. Dhanak tells her dad that she wants to give a chance to Raghu, since she is fed up running away from the situation. She doesn’t want to give up and fight with the situation. Her dad feels like she is going to commit suicide by entering Raghu’s house. He tells her that she can’t reform Raghu and his family, she won’t succeed to become a part of his family. He reminds her how she used to hate Raghu. Dhanak tells him that she has to give a chance to Raghu to reform. He doesn’t want her to go. Sejal and Parag support Dhanak’s decision and request their dad to let Dhanak decide for her own life. Dhanak is happy that her siblings understand her.

Tujhse Hai Raabta:
Malhar and Kalyani bash up the goons Malhar gets glad to see the bold side of Kalyani. She helps him fight the goons. Kalyani has selected the wrong guy for Anupriya and fell in trouble. The fire gets ignited when Kalyani throws the wine. Malhar doesn’t want Kalyani to take any random step to get Anupriya married.

Sitara:
Sitara performs in the Shivratri function. Sitara wants to protect Viraj from Vishkanyas. Viraj gets mesmerized with Sitara’s performance. She gets emotional and prays to Shiv to get some help. She has much tension because of Vrinda’s puzzles. Vrinda asks her to solve the mysterious puzzle if she wants to save the royal family member. Sitara wants to find some way to get her answers. She keeps Vishkanyas away from the puja. She knows Vrinda’s revenge motive. She wants Viraj to marry Nethra, since she can’t marry him ever.

Veer is diagnosed with split personality. He also kills his friend Dolly. Archie gets him treated so that he doesn’t commit more murders. Police takes charge and wants to throw Veer behind bars for his way of creating havoc. Archie pleads to police that Veer is mentally ill, he isn’t killing people with any intention. Inspector wants to make sure that he puts a stop to Veer’s menace. Archie suspects that the lives of royal family members are in danger again. She urges the chief guard to find the idol at any cost, so that they can find some solution.

On the other hand, Thakur compels Pavitra to steal the Utsav idol for him. He tells Pavitra that she will lose her baby if she fails to get the idol in time. He tortures her by snatching her baby. Pavitra doesn’t want her baby to get punished. She regrets for getting greedy. Vandana faces a tough time when she gets caught up by a storm. She meets with an accident. Archie gets informed about Vandana’s accident and also the fact that Vandana had the idol. She wants to get answers from Vandana. Vandana learns that Archie is coming to get the idol. She tries to leave from the hospital by taking the idol with her. She loses the idol. The idol finds its way to reach Kashi for purification. Pavitra attacks Thakur in a bid to save her baby. Neeraj reaches the idol, being a true devotee. the idol wants to reach Kashi by Neeraj’s medium, since he is selfless and true at heart.