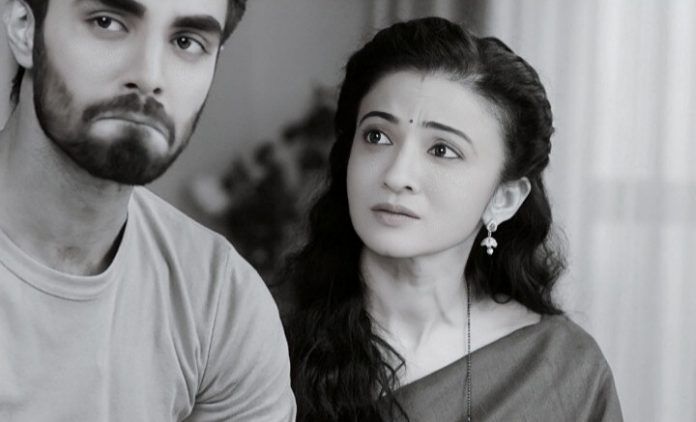 Aapke Aa Jane Se Upcoming. Sahil and Vedika celebrate their anniversary once again. He gives her a necklace as a gift. He makes her wear the gift with much love. They have a romantic dance. They were facing troubles since long. They spend some romantic moments. Puneesh gets possessed by Kamli’s spirit. Puneesh flies in the air and catches Sahil. He injures Sahil. Vedika gets a huge shock when Kamli’s re-entry. She knows Ghungroo is breaking the peace.

Vedika gains courage to find out the evidence against Ghungroo. He reaches the storeroom and learns that she is finding his past. He goes to scare her and get the diary back from her. She checks the diary and gets a new mystery to solve. Ghungroo tells her that she will never find the secret. He reveals his truth to her. He tells her that he is acting mad to take his revenge in Agarwal family. He is sure that she can never defeat him. He asks her to find out who is he and what is his relation with the family.

Vedika scolds him for cheating the family since many days. He tells her that she doesn’t know anything about him, so she won’t be able to prove the truth. She tries to slap him. He stops her and takes her light. She makes a plan to expose him. She locks him inside the kitchen, so that he shouts for help and reveals his truth. Ghungroo gets alert on hearing her plan. He fails her plan. He falls in the trap intentionally so that the family blames her for risking his life. He tells her that he will ruin the family. She tells him that she will oust him from the family. He tells her that everyone believes Kamli’s spirit and none will doubt on him. He is super smart and throws an open challenge to her. He asks her to tell his truth to the family and see if she can convince them. He asks Vedika to find the past truth first.