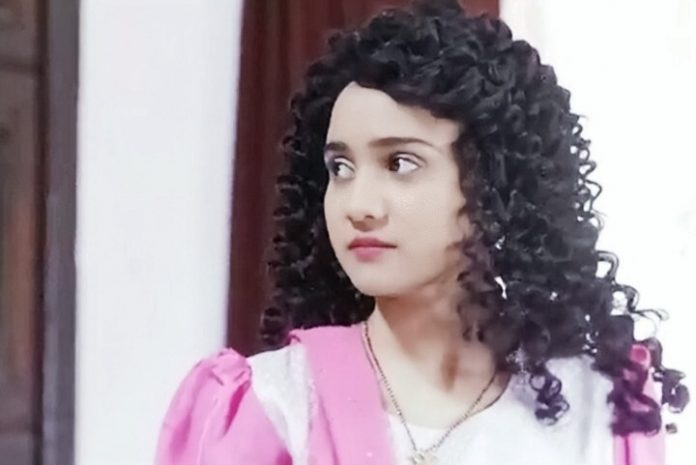 Yeh Un Dinon Udaan Ishq SubhanAllah: Zara is in trouble again. A man tells Kabeer that Zara had instigated the women to disobey their husbands. He defames Zara and tells Kabeer about Zara’s evil intentions. The man tries to malign her image. Zara goes to the poor locality to meet the women and also find out about the man who is maligning her name. Zara wants to prove to Kabeer that she didn’t ask any woman to insult her husband or disobey. She tells him that its all false accusations on him. Kabeer realizes that someone is targeting Zara.

Muskaan:
Ronak and Muskaan get into new trouble. Kajal gets injured and is admitted to the hospital. She is attacked by someone unknown. Muskaan also gets hurt. The family just worries for Kajal. They want Kajal to get recovered soon. They are in much tension because of Kajal’s parents. Ronak and Muskaan wish Kajal to get fine soon. Ronak wonders who is behind this. Sir ji and Ronak have seen the attacker in a mask. They don’t have any idea that Sujoy is alive and Sujoy had planned the attack. Sujoy wanted to kill Ronak. Kajal plots to get back in Ronak’s life by showing her sacrifices for him. Sujoy’s identity doesn’t get known. Sujoy will bring a storm in Ronak and Muskaan’s life.

Udaan:
Jatin and Poonam fail to free Anjor from the jail because of her serious offense. Chakor finds Sameer in pain. Sameer doesn’t listen to Chakor and his parents. He leaves from the hospital to go and meet Anjor, on learning about Chakor putting Anjor behind bars. Sameer withdraws the case on Anjor since he loves her truly. He is heartbroken and doesn’t want Anjor to suffer. He meets Anjor in the police station and frees her from all the charges.

Chakor tells her that Anjor is at fault and she should get punished. Sameer tells her that he can’t see Anjor upset. He proves his love for Anjor once again by getting her freedom. Chakor has learnt the big truth that Anjor is her daughter. She wants to bring a change in Anjor’s thinking and behavior. Sameer is ready to forgive Anjor, even when his parents stay angry on her. Sameer wants to make Anjor away from his life.

Aapke Aa Jane Se:
Sahil and Vedika play holi and celebrate happily with their children. Sahil plays the dhol and enters the house with Ved in style. Vedika knows that the house is getting auctioned. She is upset. Sahil wants her to stay happy and away from all the tensions. Kamli possesses Vedika once again and drags her to the room where her secrets are hidden. She wants Vedika to find the secrets and expose the evil doers.

Ishq Mein Marjawa:
Netra holds Deep responsible for her life’s problems. She scolds him for drawing her mad. She blames him for her brother’s kidnapping. Deep tells her that he has fallen in love with her. He tells how much he loves her. Netra gets emotional by his love confession. Tara gets suspicious of Deep and Netra’s bond. Tara doesn’t want them to get together. Tara blackmails Deep and warns him against marrying Netra. She threatens of revealing his crimes to Netra. She proposes Deep for marriage. Deep doesn’t want to marry Tara.