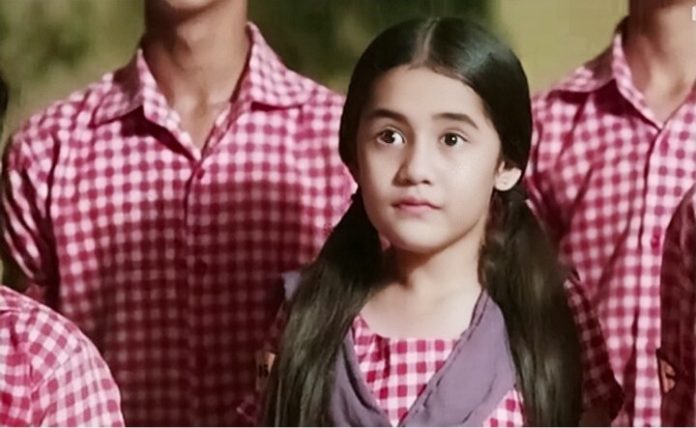 Kulfi Kumar Bajewala Yeh Kasautii and more upcoming tracks. Kartik and Naira are going to marry for the third time. Kartik tries to end his old differences with Naksh and Kirti. During the haldi function, Kartik apologizes to Naksh and Kirti, and wins their heart. Dadi asks the family to hurry up to finish Kartik’s haldi, so that they can end Singhania’s wait and send haldi for Naira. They try to look for Kartik. Kartik goes missing for a while. Kartik comes home and tell the family that this marriage will not happen. He can fight with the world for Naira, but he can’t go against Kirti’s happiness. He feels Kirti is getting much insecure because of Naira. He promises to secure Kirti’s happiness. He decides to stay away from Naira.

Goenkas ask Kartik the reason for calling off the wedding. They get worried for him. Kartik tells them that he has taken this decision by thinking well. Naksh and Kirti arrive there and apologize to Goenkas. Naksh clears his heart for Kartik and tells him that he has proved to be a good brother and good husband. He knows its tough for Kartik to live without Naira, but he has decided to call off the marriage, knowing Kirti’s insecurities.

He applauds Kartik for the big selfless move. He tells Kartik that he has misunderstood him always, and he is really sorry. He asks Kartik to go ahead with the marriage. He also wants Naira to be happy. He tells Kartik that he was wrong to hold his bad image in mind. Kirti feels bad that Kartik and Naira’s marriage was breaking because of her. She also apologizes to Kartik for venting out her silly feelings. Kartik tells her that its good that she has expressed herself totally. Kirti gets a relief that Naksh has turned neutral towards Kartik, and now Naksh will be returning back to her and Krish. Naksh and Kirti’s terms with Goenkas get fine like before. This end of annoyance and complains brings happiness for everyone. Goenkas and Singhanias get ahead with the celebrations.

Anurag gets freed from the police when Prerna helps him out. They both let Komolika suffer in the jail. Komolika waits for her sister Mishka, and gets angry when Mishka doesn’t turn up to help her out. Komolika understands that Mishka got a good chance to take revenge on her. She gets much frustrated in the cell. Anurag feels at peace after a long time, when gets Prerna’s company. They have spend some time having cute arguments, when their car breaks down on the car. Anurag doesn’t want Prerna to understand his feelings for her. He cooks up a false romance story of Komolika and him, so that Prerna hates him more.

He wants to win Prerna’s hatred so that she stays happy in her life by moving on. He is just protecting her from Komolika’s mad rage. Komolika finally gets help from Mishka, who gets her freed from the police station. Komolika can’t forget her insult and wants to give it back to Prerna. Anurag and Prerna come home. Mohini worries knowing about Komolika’s stay in the jail. Anurag fails to explain anything to Mohini. Prerna tells them what all happened on Anurag and Komolika’s honeymoon, as per her plan. Prerna gets insulting Nivedita who comes between her way.

Nivedita and Mohini get angered on her. Prerna gives them a good answer. Anurag shares his happiness with Anupam. He reveals how Prerna has reached on time and saved him from Komolika. He is happy that Prerna has kept her word and failed his honeymoon. He shares the weird incidents and enjoys Komolika’s misery. Komolika looks forward to show down Prerna during the Holi celebrations.

Shivani creates a scene in the haldi function so that Sunaina makes Krishna out of their lives. She accuses Krishna for spoiling the haldi function. Shivani’s drama goes against her. Veer fakes scolding to Krishna and gets a chance to apply haldi to her. Shivani’s game fails. Veer and Krishna have their haldi moment in front of everyone. Veer proves that Krishna didn’t add anything in the haldi. He makes Shivani apologize to Krishna. He is happy that he isn’t marrying a girl like Shivani, who is selfish and can do anything against others. He doesn’t want Krishna to suffer more and takes a stand for her in his own style. His family can’t tell him anything, when he fulfills haldi rasam with Krishna.

Veer plays Holi with Krishna. They have a cute moment. He doesn’t miss any chance to express his love for her. Krishna gets confused and seeks advice from Lali. Lali explains her not to blame the fate and act accordingly in favor of herself. She wants Krishna to see the truth and realize the love for Veer. Lali asks her not to stop because of Radhe’s memories. She knows Krishna loved Radhe a lot. Lali asks her to accept that Radhe has left them, but she has to move on.

Lali advises Krishna to realize her feelings before Veer marries a wrong girl Shivani. She asks Krishna to marry Veer. Krishna gets to clear her dilemma by Lali’s advice. Bua doesn’t want Veer to hurt Krishna’s feelings. She just wants Krishna to be happy, with or without Veer. She asks Krishna to take a wise decision. On the other hand, Bela gets the news of Krishna and Veer’s affair. She provokes Shuklain against Krishna. She doesn’t want Krishna to marry Veer. Bela wants to spy on Krishna and get to know what’s happening in her life. Shuklain permits her. Shivani is angered on Krishna and finds a way to insult her again. Shivani and Bela join hands to stop Krishna and Veer’s romance and union.

Kulfi Kumar Bajewala:
Kulfi wants to go to her father soon. She recalls Sikandar’s words when she recalls the past moment, when Sikandar told her that about the strength of hope. She holds on to the wings of hope, which always remains free. He teaches her to make a chinese lantern and tells her that the lantern to fly high with all their hopes, opening many new doors of success for them. Sikandar’s teachings come handy to Kulfi. He tells her that person finds all the answers by looking at the sky. Kulfi doesn’t want any tensions further. She tells the kids that she has much hope that they will fly away from the remand home.

Sikandar is sure that Amyra will become a good singer, and none can come between her success. He tells her that she has to fail her illness by her strength. Amyra doesn’t feel fit and fine, while she spends time in the musical practice. Sikandar wants to keep his promise to Amyra and train her well. He gets worried for her critical state. Kulfi and the kids plan to escape by a hot air balloon. Kulfi asks the kids to stay united and determined, until they arrange the things for attaining their freedom.