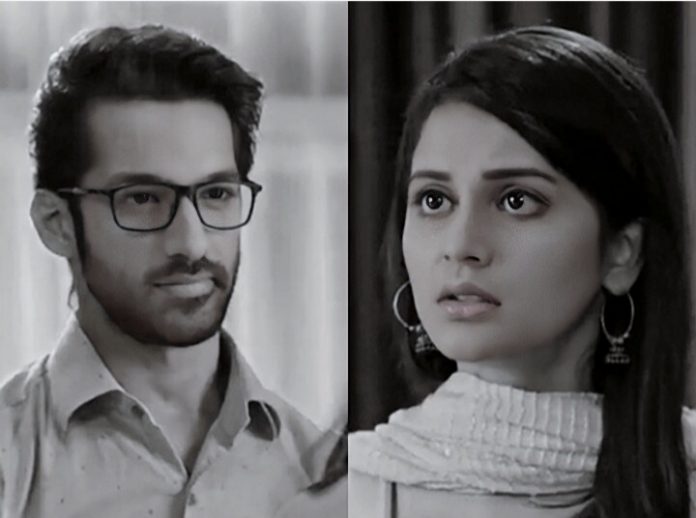 Star Plus Kasautii Krishna Chali London: Veer gets angry on Shivani, when she insults Krishna. He takes a stand for Krishna always. He wants Krishna to speak up for herself. Bela enters Veer’s house in a disguise. Bela wants to spy on Krishna to know if the rumors about her affair really true. Shivani gets ahead with the mehendi function. She insults Krishna for being a widow and trying to enjoy the functions as if its her own marriage. Veer can’t hear a word against Krishna. He justifies that Krishna still has a right to live, after her husband’s death. He feels ashamed of Shivani’s regressive thinking. On the contrary, Krishna feels bad for Shivani, who is getting deceived by Veer’s planning.

She doesn’t want Veer to cheat Shivani this way by promising her marriage. She is worried that Veer is breaking Shivani’s heart for his selfish intentions of making her realize his love. Veer is proud that she has a heart of gold, since she wishes good for Shivani even after facing humiliation from her. He tells her that he knows Shivani closely and also what evil tricks she can do. He doesn’t like Shivani anymore. He tells her that his love will be just for her. He asks her to just listen to her heart, since they both deserve each other.

He wants Krishna to come to him forever. He does the mehendi shagun by writing his name on her hand. He clears out that he isn’t hurting Shivani, she doesn’t deserve him. Bela meets Shivani and reveals her intentions clearly. She joins Shivani so that they can teach Krishna a lesson. Shivani thinks she can’t handle Krishna along and maybe Bela can really help her out. She just wants to marry Bela. Bela expresses her hatred for Krishna. Krishna doesn’t wipe off Veer’s name and makes an excuse to hide her mehendi from everyone.

She lies about her injury. Veer gets happy seeing this. He tells her that he wants her to admit her feelings. Shivani gets angered seeing them. Krishna thinks to help Veer’s sister in her love story. Shivani plans the next evil trick against Krishna. She wants to humiliate Krishna in the party by planning her wardrobe malfunction. Veer comes to Krishna’s rescue like always.

Dil Toh Happy Hai Ji:
Rocky loses hope when Happy doesn’t trust him. He wants to prove that he has changed and didn’t commit any crime. Happy stays confused over the changes she had seen in Rocky. She wonders how did Rocky molest Smiley, when he was protecting her from Ranveer. She doesn’t get anything clear. She doesn’t meet Rocky to know the matter. She feels Rocky didn’t deserve her friendship. Happy meets RV, who takes up Smiley’s case just for the sake of getting justice for her.

RV bonds with Happy on learning about Rocky’s tortures on her. RV wants Rocky to get punished for his past crimes as well. Rocky gets a surprise when his old friend Sania tells him about the possible evidence she holds to prove his innocence. He gets grateful to her and tells her that Happy would forgive him after watching the evidence video. Sania feels Rocky will go back to Happy if she gives the evidence. She doesn’t want Rocky and Happy’s friendship. She changes her mind on reaching the court. She hates Happy.

She wants Rocky to lose Happy’s trust and fall in Happy’s eyes, so that Happy ends ties with him. RV bashes up Rocky in the court. RV assassinates Rocky’s character which hurts Happy’s heart. RV asks Happy to just support Smiley so that they get justice. Rocky gets a huge shock when Sania changes her statement and frames him in the molestation case.

Kasautii Zindagii Kay:
Komolika gets raging on Prerna and can’t forget the insult. She promises Mohini that she will take revenge on Prerna. She plans the unthinkable to trouble Prerna. Mohini finds her very much disturbed and promises to throw Prerna out from the house. Mohini wants peace in Anurag’s life. She can’t accept Prerna as her Bahu ever. Komolika gets few legal documents made so that Prerna can declare that her marriage claim was false and legally free Anurag from all the claims. Komolika plans to take Prerna’s signs on the documents by cheat.

Meanwhile, Anurag and Prerna miss each other and imagine a romantic dream of celebrating holi together. Anurag longs for Prerna. He hides his feelings from Komolika. He isn’t aware of her plans. Anurag wants to protect Prerna and is ready to accept her hatred. Komolika wants to humiliate Prerna on the eve of Holi. Mishka fears that Prerna is in danger, since Komolika can do anything against her. Komolika promises Prerna that Anurag will fill sindoor in her hairline to complete their marriage. She challenges Mohini to stop Anurag if she can.

Prerna doesn’t lose her focus. She doesn’t have any interest in playing holi with Basu family. Veena and Shivani plan to meet Prerna at the Basu house to shower their love. Veena wants to give strength to Prerna once again, knowing Prerna is fighting all alone. Veena gets badly insulted by Komolika, while Prerna is away. Anurag smartly tricks Prerna for playing holi. Anurag and Prerna express their odd emotions while fulfilling holi rituals. Anurag is happy that she has started to hate him.