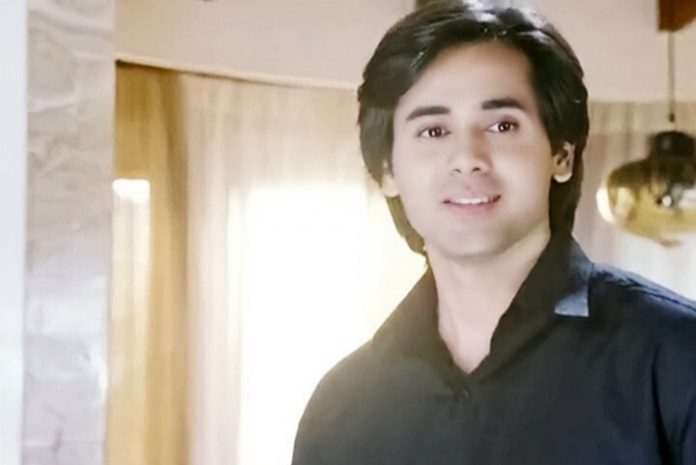 Yeh Un Dinon Aapke Aa Jane Se: Ghungroo traps Guddu with a girl. Sahil misunderstands Guddu and beats him. He threatens to kill Guddu if he cheats Arya. Someone stabs Guddu. Sahil gets worried for Guddu’s life and removes the knife. Police comes at the same instant and accuses Sahil for murdering Guddu. Sahil pleads his innocence. He tells the police that he was just saving his brother. Police arrests Sahil. Vedika shatters with Ghungroo’s new plan. She knows Sahil can never do this and rushes to save him from the police.

Yeh Un Dinon Ki Baat Hai:
Sameer and Naina have a major fight after they return from their honeymoon. They hide the fact that they didn’t romance on their trip. Their friends want to know about their romance. Sameer has no good stories to share. He hides the incidents when Naina embarrassed him and left him disappointed. He is angry that Naina doesn’t understand his feelings and quest for romance. Sameer wants Naina to make the first step and convince him. His annoyance plays with their happiness.

Ishq SubhanAllah:
Kabeer and Zara are much troubled in their lives. They get some time to spend together. They want to celebrate and have peace around. Kabeer and Zara are away from their home. They have fun and romance moments. Zara is happy to get a chance to accompany him on his trip. People pay honor to Kabeer, who is the Chief State Qazi now.

Ghatbandhan:
Raghu, Maai and Dhanak get into a fight with another gang. Dhanak is trying to reform Raghu. Dhanak beats the goons and helps Raghu. Raghu shoots at the goon, but Dhanak comes at the spot at the same time just to stop Raghu from committing another crime. She doesn’t want Raghu to get a criminal’s tag. Dhanak gets shot. Raghu gets worried for her life. Raghu brings Dhanak to the hospital. He is shattered with the moment when he witnessed Dhanak’s critical state. Raghu asks Dhanak’s dad to punish him, since he deserves to die. He asks Dhanak’s dad to shoot him. Maai scolds Raghu for his madness. She doesn’t want Raghu to take any foolish step in anger. Raghu gets accused by Dhanak’s dad.

He is much upset when he gets slapped by his father-in-law. He understands the tension and sorrow in Dhanak’s family. Dhanak’s dad is helpless over the life’s circumstances. He feels Dhanak’s life is ruined because of Raghu. Raghu loves Maai and Dhanak a lot, and can see their lives in danger. He has an emotional breakdown. He feels guilty. Maai apologizes to Dhanak’s family and tries to neutralize the situation for a while. She asks Raghu to keep his hopes and pray for Dhanak’s life. Raghu heads to the Dargah and offers prayers with a clean heart so that Dhanak survives.

Muskaan: Ronak takes Muskaan to a place to confess love. He realizes his feelings for Muskaan. Kajal acts mentally unstable and breaks their romance. She calls them her parents and ruins their date. She asks them why did they leave her at home and come here. She troubles Muskaan a lot. She makes a new plan to win Ronak’s love. She wants to frustrate Muskaan so much that Muskaan leaves from Ronak’s life. Ronak and Muskaan’s date is called off. Ronak misses to make a love confession to Muskaan. Muskaan senses Ronak’s feelings and understands him well. She doesn’t want Ronak to get upset. Kajal takes Muskaan on her wheelchair and gives her a scary ride. Ronak fears for Muskaan’s safety. He has no control over mentally unstable Kajal.