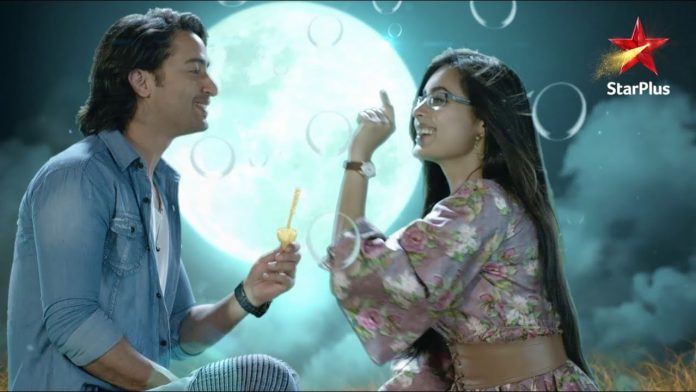 Yeh Rishtey Abir Mishti meet again for an alliance. Abir insists Meenakshi to let Kunal meet Kuhu. Kunal gives his nod for marrying Kuhu. Abir and Mishti become friends. They are happy for the alliance forming between their families. Mishti and Kuhu are happy that Kuhu’s relation is getting fixed. They dance with their family members. Abir is excited to meet Mishti, his new friend. Kuhu tells her parents that she really wants to marry Kunal. Rajvansh family arrives to meet Maheshwaris. Abir says we are lucky to get related to such a family. He rushes to meet Mishti. Kuhu goes to get decked up so that she can please her hero Kunal. She has a crush on Kunal and wants to marry him.

Abir and Mishti meet. He gives her some balloons and spreads lively colors in Maheshwari house. Kunal awaits Kuhu. Kuhu arrives there and shares an eyelock with Kunal. Mishti is happy for Kuhu. Meenakshi takes a big decision and shocks everyone. She tells Maheshwaris that she has chosen her bahu. Maheshwaris are upset as they know Kuhu likes Kunal. The twist comes because of Meenakshi.

Kuhu gets depressed and turns bitter towards Mishti. She blames Mishti for snatching her happiness. Meenakshi asks for Mishti’s alliance for Kunal. She tells them that she likes Mishti a lot. She gets mistaken that Kuhu is the girl who had worn those earrings that day and misled Ketki. She starts hating Kuhu and doesn’t want Kuhu to become her bahu. Abir and Kunal are equally shocked. Kuhu gets much upset with Mishti.

Kunal leaves from there. Mishti tells Abir that Meenakshi has rejected Kuhu, that’s why Kuhu and Kunal are so upset. Abir wants to stand against Meenakshi’s decision. Abir gets embarrassing Meenakshi by opposing her. Abir will be supporting Mishti and not let her get married by family pressure. Abir will be seen bonding with Mishti, and breaking her alliance with Kunal.