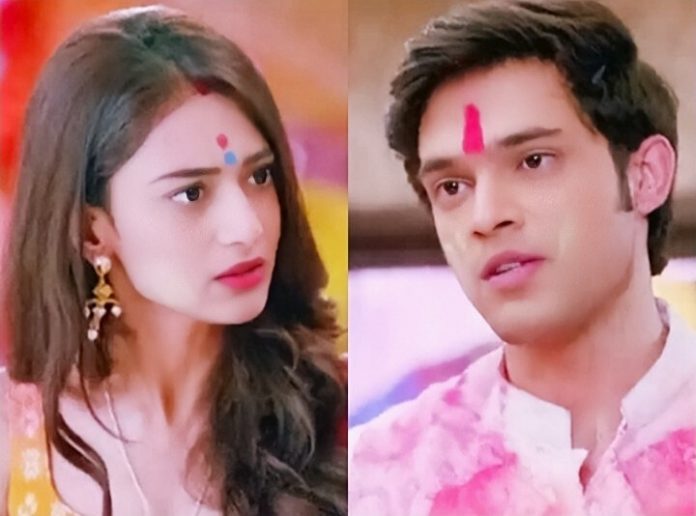 Kasautii Udaan Ishq SubhanAllah. Chakor saves Anjor’s life. Their relation gets better. Sameer gets scolded by his dad. Sameer wants to do a good job and make his dad proud. Sameer tells Anjor that he doesn’t love her, he wants to focus on his family. Anjor confesses love to him. He turns down her love proposal. Anjor gets angered on him and shouts. They have a big argument. She apologizes to Sameer. She wants to have a fresh start with him. She tells Sameer that she deserves one chance. Sameer doesn’t want to accept her love.

Ishq SubhanAllah:
Zara and Kabeer fall in new troubles. Some people attack them. They run away in the riots to save their loves. Kausar’s case takes a new turn. ncity gets divided into two groups. The men support Kabeer, while the women support Zara. Part of the community oppose Kabeer. They compel Kabeer to resign from the Qazi post. Zara’s family fears that Kabeer and Zara’s relation may get spoiled due to Kausar’s matter.

Kasautii Zindagii Kay:
Anurag and Prerna get remarried in their intoxicated state. Komolika finds them taking the wedding rounds and knocks the door. She shouts to Anurag. She asks Anurag to stop the rounds. She gets into trouble. Anurag doesn’t listen to Komolika. He is much worried for crying Prerna. He asks Komolika to see Prerna, she is crying because of some problem. He wants to solve Prerna’s problem first. He tells Prerna that he will be chanting the mantras or play it on the internet. He gets married to Prerna by lighting some fire and taking rounds with her. Komolika can’t stand their madness. She scolds them for doing their wishful. Komolika asks him to just open the door. He tells Prerna that finally they got married, but the sindoor ritual is still left.

Prerna tells him that she has sindoor with her. He fills sindoor in Prerna’s hairline. They come out of the room. They go to Mohini to take her blessings. Anurag tells Mohini that he has married Prerna once again. Mohini angrily slaps Anurag. She tells Prerna that she will never have any value ever. Anurag and Prerna get condemned. Prerna gets back to senses and recalls how Komolika had taken her signs on the legal documents.

She burns the papers. She tells Mohini and Komolika that no papers or humans can end her relation with Anurag. She ruins Komolika’s plans. She asks Komolika what does she have to do now, since she has lost the challenge again. She reminds Komolika her remarriage with Anurag. Mohini and Nivedita insult Prerna. They ask Komolika not to waste her energy on Prerna. Prerna gets angry on Anurag, who had broken her trust. She doesn’t find him trustworthy. He is much worried for Prerna’s safety. He wants to secure her from Komolika.

Ghatbandhan:
Dhanak is trying to talk to Maai, despite the fact that Maai isn’t her well-wisher. Maai isn’t interested in talking to Dhanak. Raghu is troubled by Maai and Dhanak’s counter fights. He asks Maai not to leave Dhanak at home alone, since Dhanak had an operation few days back. Maai tells him that she dropped Dhanak to her dad’s house so that Dhanak gets fine soon. He says you have a big heart. Dhanak returns home and fails Maai’s plan.