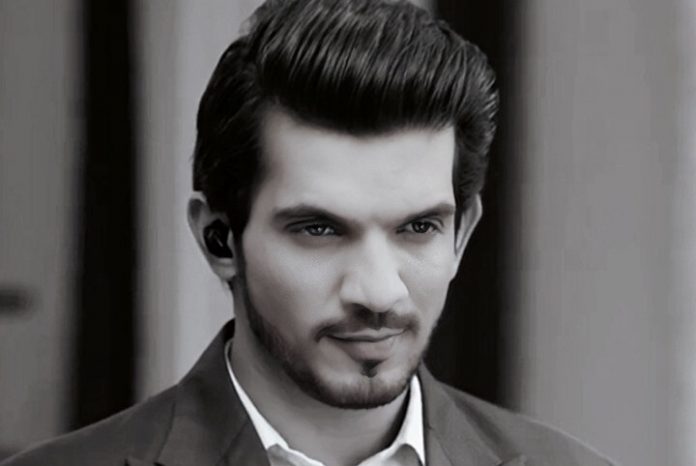 Colors Ishq Mein Marjawa Udaan Sitara Roop: Anjor is upset with Chakor and Jatin. Jatin hires Chakor as his new PA. He wants Chakor to be with Anjor in their house. Anjor is mistaken about Chakor once again, when Poonam projects Chakor in wrong light. Poonam proves that she has been paying Chakor all these years to keep her away from Anjor. She tells Anjor that Chakor has sold her motherly rights to them for the sake of money. She wants Anjor to hate Chakor more. Anjor can’t believe that Chakor has sold her to Poonam and Jatin. She gets angered knowing Chakor has left her for money. She believes Poonam. She vents anger on Chakor. She stays away from Chakor. She asks Jatin to make Chakor away from their family. She demands him to hire Sameer for work. She loves Sameer and wants to share her pain with him. Anjor has much problems with Chakor.

Jatin wants to keep Sameer out of Anjor’s life. Anjor gets into an argument with Jatin. He doesn’t accept her conditions. Jatin wants Chakor to change Anjor’s perception. He knows Chakor has saved Anjor’s life. He realizes Chakor’s love for Anjor. He wants Chakor to just work on Anjor and her bond so that Anjor gets rid of her hatred and toxic feelings. Chakor and Jatin want to end the misunderstandings, while Poonam just wants to fill hatred in Anjor’s mind. Chakor will soon know Poonam’s truth.

Ishq Mein Marjawa:
Nethra is in love with Deep. Tara tells Nethra that Deep is cheating her. Nethra blindly believes Deep. She throws the photos on Tara and asks her to just leave. She doesn’t believe any photo. When Deep tries to clarify to Nethra, she tells him that she loves him and trusts him, she doesn’t want to hear any explanation from him. Tara and Aarohi want Nethra to see Deep’s truth. Deep is angry on them for creating a rift between Nethra and him. He feels victorious when Nethra shows her immense belief in him. Deep meets Aarohi and vents anger on her.

He asks her not to spoil his plan. He admits that he has some motive behind cheating Nethra, but he can’t reveal it. He wants Aarohi to support him in his plans. Aarohi finds him mad to expect his help. Nethra isn’t aware of Deep’s real intentions. Tara wants to prove Deep’s evil to Nethra. She tells Nethra that Aarohi was also in the party. Nethra tells her that she will never doubt Deep. She asks Tara not to come again with any evidence and waste efforts.

Sitara: Sitara and Viraj have a romantic moment. Their moment breaks because of a baby. The baby is planted by Vishkanyas. Sitara tries to find the baby’s parents. She sees the baby’s skin color changing. She gets a big shock and realizes Vrinda’s plans. She knows Vrinda is doing this to put her in troubles. Viraj tells Sitara that they should soon have a child. Sitara explains him that being a Vishkanya, she can’t bear his child. Vrinda wants to use this fact and break their relation. Sitara is sure of Viraj’s true love, which won’t be affected by their truth.

Roop drags Ishika and argues with her. They have a clash because of Jigna. Ishika supports Jigna. Roop compels Jigna to divorce her husband. He is just pleasing Shamsher. He locks up Ishika. He takes Jigna to the panchayat. Jigna escapes from there. She doesn’t want to leave her husband. Roop asks Ishika to limit herself from Jigna’s issues.