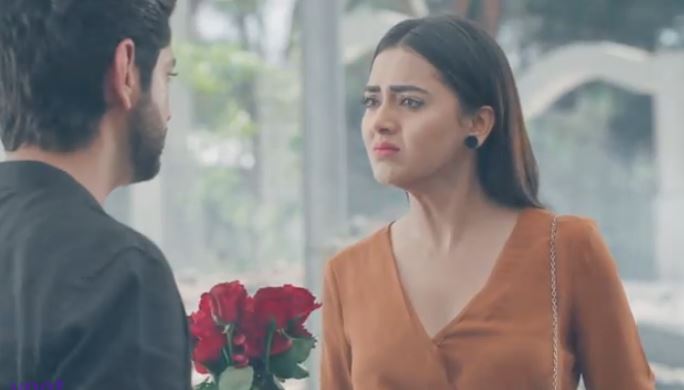 Silsila Mishti takes the big challenge. Veer calls up Mishti to know about whereabouts. She tells him that she is with Ruhaan and going for her work. She tells how she accepted Ruhaan’s lift. Ansh wants to meet Taani. Sukamini asks him to explain Taani that she has to study well. Ansh tells her that he will talk to Taani and convince her for the admission. Veer arrives home to meet Mishti’s family. He plans a surprise for Mishti, by taking Pari’s help. Ruhaan and Mishti get into an odd moment, where she misunderstands him. Mishti gets disturbed when she is assumed as his lover. She wants to avoid this, being called Ruhaan’s would be life partner. He wants to know what’s bothering her and why is she reacting in such a way.

Veer plans the birthday surprise for Mishti and gets good tips from Pari. She tells him that Mishti deserves the best in her life. She asks him to spend time with Mishti. She wants to buy some gift for Mishti. Veer tells Pari that he has bought a new car for Mishti. Pari is sure that Mishti will be glad to see the new car. She suggests them to add a twist in the surprise. Sukamini finds Veer much perfect. Ruhaan confronts Mishti over her indifferent behavior.

Ruhaan tells Mishti that he wants to know her problem. She tells him that she won’t be happy to befriend him and get close to him. She asks him how can he not feel awkward by that odd moment. He clarifies that he wasn’t gifting the flowers to her. He asks her what’s her problem that she maintains distance from him. Mishti bursts her anger on Ruhaan. She doesn’t know why Ruhaan isn’t understanding the problem, since she can’t control her feelings when he is close. Ruhaan finds her behavior strange. Ruhaan returns home. He tells Veer that Mishti has left in haste, she had to go somewhere else. Veer involves him in the secret birthday surprise.

Ruhaan tells them that he can help the family, but he won’t go out with Mishti. Veer learns that Ruhaan and Mishti can’t stand each other. He asks Ruhaan to end their differences. He requests Ruhaan to not fight with Mishti again. Ruhaan learns Veer’s plans to invite his friends in the party. Ruhaan asks him not to get unwanted attention. Veer wants Mishti to know his friends circle.

Ruhaan gets puzzled by her even more weird behavior. He doesn’t want to upset her by wishing her. Mishti tells him that she won’t mind if he wishes her. Ruhaan gives his good wishes. She tests her feelings by going close to Ruhaan. Pari falls in love with Ruhaan and plans to share her feelings with him very soon.