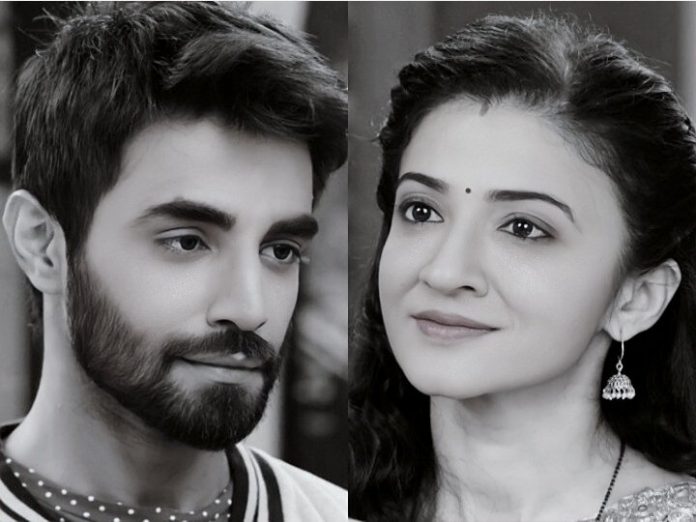 Aapke Aa Jane Tujhse Hai Raabta: Arya troubles Vedika and Sahil. She speaks bad about Sahil and insults him. She makes Sahil work as a servant. She asks Vedika to not talk to Sahil, since he doesn’t deserve anything. She gives an off to all the servants. She messes the house to increase Sahil’s words. She asks Sahil to clean the house until she returns. Vedika stops Sahil and does the work. She scolds Arya for making her father work. Arya gets bitter towards them. Vedika can’t tolerate Sahil’s insult. Arya wants them to cry as she is crying for Guddu’s death. Vedika slaps Arya and asks her to end the madness. Ghungroo enjoys the drama between Arya and parents. Vedika tells Arya that Sahil isn’t her servant.

Arya says I will punish Sahil a lot which you can’t tolerate, so better leave from the house. She asks Vedika to obey her and leave Sahil if she wants to stay inside the house. Vedika asks Arya not to believe Ghungroo. She tells Arya that Sahil didn’t kill Guddu. She tries to lessen Arya’s hatred. Arya doesn’t listen to anyone. Vedika and Arya have a big fight. Sahil knows Ghungroo is manipulating Arya. He wants Arya to know the truth. He tells Vedika that Arya won’t listen to them until she learns the truth.

He tells that they should focus on exposing Ghungroo’s crime. Ghungroo challenges Sahil and Vedika to expose his truth. He is happy that his motives are succeeding. He has brainwashed Arya against Vedika.

Anupriya gets hurt. Kalyani calls a doctor and gets her treated. Atharv adds the drugs in the medicine, so that Anupriya agrees for the marriage. He plans to get Anupriya married in the mass marriage. He finds a man and bribes him. He asks the man to marry Anupriya. He wants to ruin Deshmukh family.

Atharv and Sampada want to take revenge on Kalyani. Malhar reaches the venue of the mass marriage and stops Anupriya’s marriage. He finds Kalyani in trouble. Atharv’s goon catches Kalyani and tries to burn her alive. Malhar bashes up the goon. He doesn’t want Anupriya’s life to get ruined. Atharv was making the drunkard man marry Anupriya. Kalyani and Malhar save Anupriya and fail Atharv’s plans. Malhar learns about his parents’ death. He threatens his uncle and wants him to give him an answer.