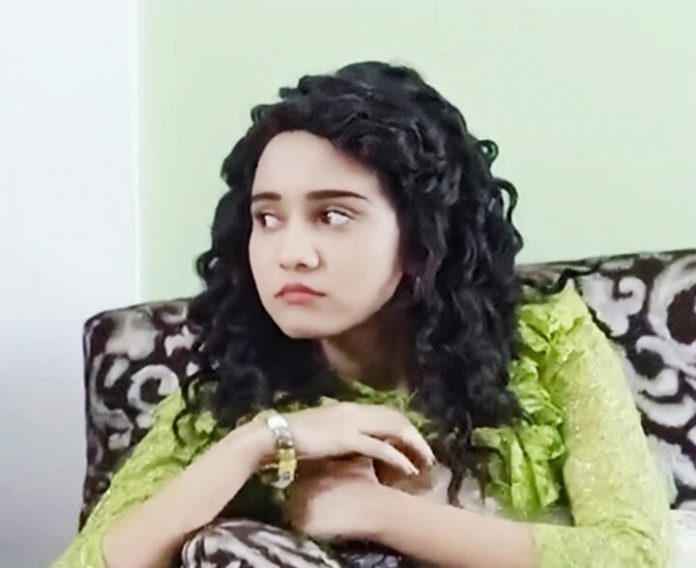 Yeh Un Dinon Shakti Ek Thi Rani Ek Tha Ravan: Tashi accepts Raghav and Rani’s relation seeing their bond and the way Rani handles the fearful Raghav. Rivaaj makes desperate attempts to know about Rani and Raghav’s secret. He scares Raghav to know, but he comes to know nothing. He finds them playing in Raghav’s room late in the night and takes Shivraj to his room, saying Raghav got an attack. Shivraj and Premlatha see Raghav sleeping. Raghav asks Shivraj to sleep with him.

Premlatha asks Rivaaj if he is drunk. Raghav wakes up. Shivraj asks Raghav if he is fine? Raghav says yes. After they leave, Rivaaj asks Raghav where did he hide Rani and checks in his room. Raghav gets tensed. In the morning, Rivaaj compromises with the electricity switch box and then makes tea fall on Rukmani intentionally. Rukmani goes to clean the tea stain and take a bath. Rivaaj calls Rani and tries to make her fearful about Rukmani, telling about the danger.

Roop: Jigna and Anish decide to separate and sign on the divorce papers in front of Panchayat. Roop stops Jigna to go with Dinesh and tells Shamsher. Shamsher is shocked. Later, Ishika nurses Roop’s wounds and thinks he declares punishment for her and then bears the punishment for her. She thinks why did he do this, and if this is love.

Yeh Un Dinon Ki Baat Hai: Kamlesh and Anand come to Naina and Sameer’s house for a get-together. Naina makes a laddoo, which is unbreakable and falls on Kamlesh’s forehead. Later, Kamlesh opens the wardrobe and finds the clothes rolling down on him. Naina gets tensed seeing the mess. Bela scolds Naina and asks her to set her wardrobe. Prabha insults Naina. Bela tells that she will teach her cooking.

Shakti: Chaddha questions Rajat and shows his pictures with kinnars. He tells that although he is fighting kinnar’s case and talking about their rights and identity in society, he himself is hesitant to get his picture clicked with them. He tells the court that Rajat is standing at a distance from the kinnars in the picture and actually hate to stand beside them. Rajat tells that this is not right. Saya and Chameli tell that Rajat asked them to come near and stand for the picture, but they refused and took a picture from where they were standing.

Chaddha tries to prove that Rajat felt disgusted to stand with them. Rajat tells the Judge that it was a lie and tells what had happened that day. Later, Soumya asks Harman if he feels disgusted about her. Harman asks her if she feels disgusted by him, as he does dramas after drinking wine. He says don’t know how you bear me. Soumya says I idolize you and says you are the best husband in this world. Harman says you are the best wife in this world and that’s why we are together. He says you have accepted and loved me, and I have loved you.

Khoob Ladi Mardani: Manu comes to know about britishers’ plan to export seized animals to China and to export India’s goods to Britain for manufacture. Manu tells Tatya Guru about the britishers’ conspiracy and tells that they have chosen her Sakarpura day/engagement day to execute their plan and start railways. She says they have to do something. Janki says this marriage has become a war place for her. Saku Bai asks her soldiers to remember the map of the palace carefully as there is only one chance to kill Gangadhar, which should be sure shot. Manu tells Tatya Guru that she will find the way to stop britishers’ plan and plans to stop railway service. Janki thinks Manu likes to fight and says she will fight so many fights in the palace that she will be left with no strength to fight outside.