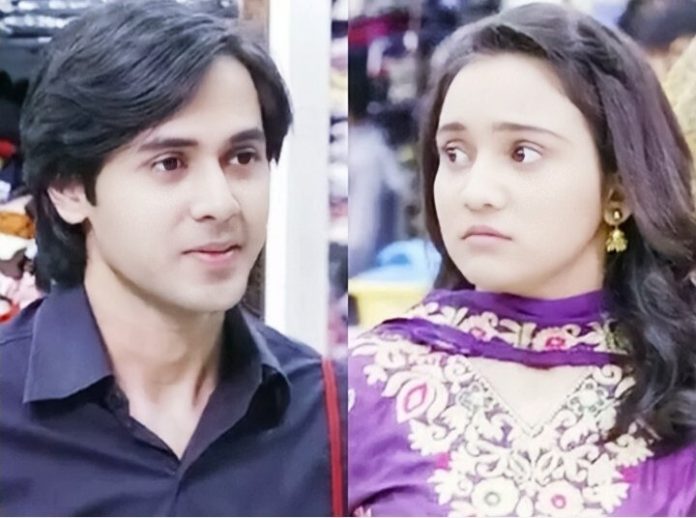 Yeh Un Dinon Ki Baat Hai. Sameer and Naina have many problems in their lives. They aren’t able to give each other the deserved time. They have realized that they are not fulfilling their responsibilities well. This gets depressing both of them. They got married at a young age. They have no idea about handling their married lives. Bela wants Naina to understand her duties as a wife and keep Sameer happy. She also wants Naina to manage her house and keep it tidy, so that her in-laws don’t taunt her. Naina is doubtful that Sameer and she are making some mistakes and not living well as a couple. Prachi taunts them that their marriage won’t stay for even six months, since they have no sense at all. She tells them that they are too immature and don’t know anything about keeping a marriage with dedication and love.

Naina gets annoyed with Sameer, when he doesn’t favor her. Naina wants to get help from Bela and Anand. She gets reprimanded by Bela as well. Naina doesn’t want anyone to lecture her. She feels she is failing to become Sameer’s wife. Bela asks Naina not to dominate Sameer and spoil their relationship.

Bela tells Sameer and Naina that they can work on their relationship, its never too late to change. She wants them to live life well and become responsible.

She gives them advice to end their differences. She asks Sameer to try and solve Naina’s problems, so that they can agree at the same point. Sameer finds Naina crying and apologizes to her. Naina gets worried when Bela informs her about Tai ji, who is asking for her gifted necklace worth 50000rs back. Naina cries since she has lost the necklace. Sameer suggests Naina that they will put money in the envelops which they got in shagun, so that they can help Bela financially. Naina gets delighted that Sameer is doing so much to solve her problems. Sameer and Naina come closer while tackling the family issues.