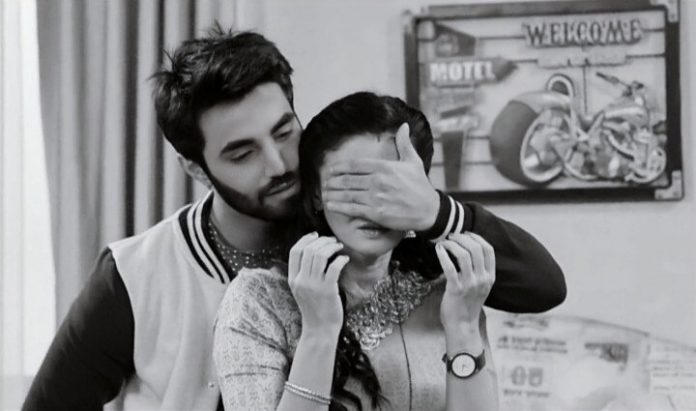 Aapke Aa Jane Se Puneesh learns Sahil and Vedika’s drama to mislead the family. Sahil and Vedika have a heated argument. Sahil tells the family that he can’t keep his relation with Vedika, he is now fed up. He actually wants to save Vedika and Ved from Arya’s tortures. He makes them leave Agarwal house. He feels Vedika will be happy in her own house. The family is worried for their big fight. They act to fight in front of Arya. Arya has kept the condition to Sahil that he should get separated from Vedika. He agrees to Arya just to win her trust. He wants to end Arya’s misunderstanding. Vedika takes her two sons along and leaves with house with her mother Manjula.

Later on, Sahil visits her at her house. Sahil and Vedika have a cute romance when he proposes her with love. He gives her roses. Puneesh gets doubtful that their fight is fake. He spies on them and finds Sahil back with Vedika. He knows that Sahil is faking his fight with Vedika to fool Arya and Ghungroo. He makes a new plan against them.

He wants to create a drama in Prachi’s godhbharai rasam, so that none doubts him. He stays good in front of everyone, but is still Sahil’s enemy. Vedika is happy that Sahil is with her. They hide from everyone and secretly romance, finding strength in each other’s support again. Puneesh wants to expose Sahil and Vedika’s drama to Arya, so that Arya never believes them again. Manjula believes Vedika’s fight and tells her that she should have not married a young guy, Sahil is immature and impulsive. Vedika hears Manjula’s frustration, but can’t tell her that Sahil was faking the fight. Arya doesn’t melt her heart for Vedika. Will Sahil succeed to reform Arya? Keep reading.