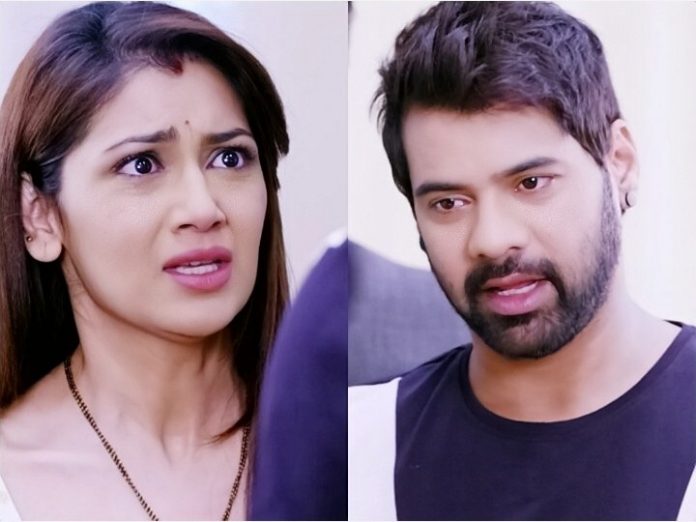 Zee TV Kumkum Bhagya. Prachi and Rhea get into a big row, when Rhea sends a guy to kiss Prachi in the college. Prachi slaps the guy and also Rhea. She asks Prachi to learn few lessons in life and respect people. She scolds Rhea for using people for her motives. She gets insulting Rhea. She asks Rhea for not respecting other’s feelings. Prachi asks Rhea to think what can happen if the relation breaks because of a lie. She tells Rhea that a person can’t tolerate heartbreaks. She advises Rhea to value relations as well as people. Rhea gets revengeful. She plans to ruin Prachi’s life.

Meanwhile, Pragya gets emotional on meeting Abhi’s Dadi. She feels she should have not come in front of Abhi. She had promised Abhi that she will never come back to the city. She doesn’t want to fall weak. She wants to meet the angel who had helped Prachi. She doesn’t know what its Abhi who had helped Prachi. She isn’t aware that Prachi has met her father Abhi Mehra. Dadi informs the family that she has met Pragya in the temple. Abhi doesn’t believe Dadi. He believes that Pragya will never come back to the city. He thinks Dadi is imagining Pragya. Dadi tells Abhi that Pragya was praying in the temple and even hugged her. She tells them that she wanted to get Pragya home and informed Abhi right there in the temple, but he didn’t find her.

Abhi doesn’t want Dadi to create illusions that breaks her heart. He tells Dadi that she shouldn’t hope for Pragya’s return. He tells family that he has checked the woman and she wasn’t Pragya. She asks Dadi to forget Pragya and not have any hopes. He doesn’t want Dadi to get ill. He has accepted that Pragya left from their lives and its been many years now. He tells Dadi that Pragya isn’t good hearted, else she would have not left her other daughter and family. Dadi doesn’t accept Abhi’s reasoning. She tells them that she has really met Pragya. She gets inconsolable. Abhi gets tired of explaining to Dadi.

Pragya doesn’t want Abhi to meet Prachi ever. Even Abhi doesn’t want Pragya to come back. Meera explains Abhi that he shouldn’t hurt Dadi by his words. She asks him to think to have someone in his life, with whom he shares his life and feelings. Abhi doesn’t feel the need to have anyone in his life. He wishes that Pragya never returns. Pragya feels Abhi will just get pain in her life. Abhi wants Pragya to let him live his life on his terms and stay away. Pragya is worried and tries to know if Abhi has seen her. They both don’t want to meet each other and cry on their finished relation. Abhi too wants to keep her away from Rhea, since he had raised Rhea without a mother with much difficulty. Both of them want their daughter’s happiness.