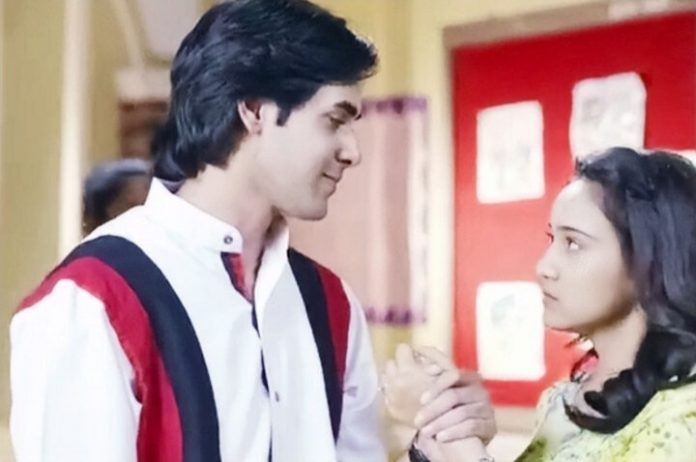 Ye Un Dinon Romance twist and more spoilers. Rajaa Beta: Purva argues with Ramesh over Vedant’s right and tells that Sanju can’t get the place which Vedant has earned in all these years by his great service and sacrifices for them. She asks him to stop expecting from Sanju and accept Vedant as Raja Beta. Ramesh replies that he will never accept Vedant as Raja Beta. Purva worries for Vedant and thinks where did he go, he didn’t call her once. She thinks here she is fighting with everyone for his rights and became Rani Beti, but doesn’t know where is he. She thinks if he is in some problem and decides to find out.

Shakti: Chaddha proves in court that Harman is wasting the court time and asks for the proofs. Harman goes out to see if Chaddha’s men brought Soumya. Shanno brings Soumya to court. Harman takes her to court and says everyone is waiting. Soumya comes inside and asks if everyone came for my birthday. Harman asks what nonsense, is she talking about? Soumya asks him if he is the one who stole her football and asks where is her football? Chaddha gets happy and appreciates himself thinking he has won the case. Soumya is acting so that they can get some time until Rajat comes to court. She will get the historic win in the court by getting Soham’s custody and rights for the kinnars.

Jhansi Ki Rani: Sakubai sends Jhansi’s map to Bundels and plans attack on Jhansi. Gangadhar asks Ross if he finds out anything about the explosive thief. Ross tells that whoever he is, the thief is an enemy of Hindustan. Manu hears him. Ross sees Manu and doubts on her, thinks this time she won’t be saved. Manu tells Janki and Saku Bai that there is no big rasam than Desh Prem. She says she accepts the death, if she doesn’t fight for Jhansi then it is a shame for her. Ross aims gun at her and says it is enough of desh prem, now it is ‘the end’.

Roop: Commissioner suspends Himani and declares bravery medal for Roop. Roop tells him that he wants his Papa to give him a medal. Shamsher makes him wear a medal and hugs him. Roop is happy to see Shamsher so happy. Roop wanted to make Shamsher proud some day and feels the day has finally arrived. Himani is unable to understand Roop’s fluctuating behavior at times. Kamla is happy for Roop. Ishika still can’t believe that Roop got Himani suspended and took all the credit. Shamsher feels proud of Roop.

Ek Thi Rani Ek Tha Ravan: Rani thanks Mata Rani for showing Rivaaj’s true face to Rukmani. She says she knows that her responsibility is not only Rukmani’s happiness, but Raghav’s safety too. Rukmani tells Manjiri that she doesn’t want to return to her in-laws home. Rivaaj decides to kill Raghav to get Rani and thinks he will not let his life’s mathematics get disturbed.

Yeh Un Dinon Ki Baat Hai: Sameer gets upset with Kamya’s taunt and asks Naina why did she put the plastic covers. Naina doesn’t want any new trouble making place in their relation Munna and Pandit manage the situation. They fly the kite happily on the terrace of Sameer’s bungalow. Sameer tries to romance Naina, but she asks him to concentrate on flying the kite. Sameer wants Naina to value his emotions. He feels Naina and he have a lot to learn while they walk on the path of maturity together.