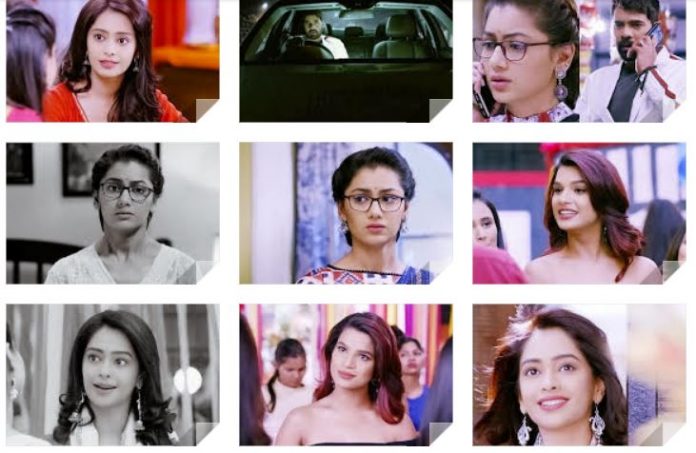 Kumkum Bhagya Ishq SubhanAllah: Kabeer and Zara get attacked while they were solving the new case at the Shariah board. Zara has won the case, while Kabeer meets with an accident. Zara can’t believe that Zafar had committed the accident. Zara gets shot when she reaches Kabeer to help him. Zara and Kabeer try to help each other. They both fall helpless. Kabeer shouts to someone for help. Kabeer and Zara will be seen living separated because of their families’ clash. The show will head for a short leap.

Jhansi Ki Rani: Manu fights with the Britishers with an aim to defeat them. She is also against the countrymen who are supporting the Britishers. Gangadhar becomes a hurdle in her plans. Manu succeeds to trick everyone and rushes out of the place, without falling in Gangadhar’s sight. Manu starts a rebel against the Britishers.

Abhi and Pragya long for each other, but wish that destiny never brings them together. They don’t want to meet, so that they can secure their daughters from sorrow and pain. They can’t answer Prachi and Rhea about their broken relation. Pragya wants to take Prachi with her back to their city. She tries to convince Prachi. They visit the market area, where Pragya gets knocked down by a car. Prachi gets a huge shock on seeing Pragya lying unconscious on the road, with injuries. She pleads the people to help her.

Silsila: Mishti gets confused about Veer. She finds Veer ignoring her a lot. She wants to know if Veer loves her or not. She wants Veer to understand her if he loves her. She is much hurt that he is avoiding her. Veer sees her leaving, since he gets late in the meeting. He doesn’t call her up and thinks she must have waited for him more. Mishti doesn’t know if Veer will support her after marriage, when he isn’t supporting her in petty matters. She gets confused that Veer isn’t the right man for her.

She meets Sukamani and asks her if she should marry Veer or not, if she is in love with Veer or not. She asks Sukamani to help her. This shocks Sukamini, who never imagined Mishti’s dilemma about Veer. On the other hand, Pari and Ruhaan talk out to Veer and advice him never to hurt Mishti’s feelings for the sake of anyone else. Veer feels sorry to hurt Mishti and ignore her. He decides to make up for his mistake. Mishti feels she shouldn’t marry Veer.

Ghatbandhan: Maai crowns Dhanak as the new don. Dhanak gets seated on the don’s chair, which was earlier occupied by Maai. Dhanak is ready to do anything to reform Savitri Maai. Dhanak is following Maai’s orders just to trick her. Dhanak tells Raghu that she is obeying Maai just to fail her plans. She is ready to fulfill any task to win Maai’s trust.

Pyaar Ke Papad:
Triloki and Gupta’s fight becomes a huge hurdle in Shivika’s marriage. Omkar and Shivika try to sort their issues. Jaya doesn’t want Shivika to marry Omkar. She burns Shivika’s Shagun and gifts. She wants to trouble Shivika so that the marriage gets cancelled. Shivika falls in danger while saving the Shagun from fire. Jaya risks her life to get everyone’s attention. She wants to emotionally blackmail the family. She burns the Shagun and tries to prove that its bad omen, and maybe Shivika isn’t right for the family. Jaya postpones the engagement by her drama.