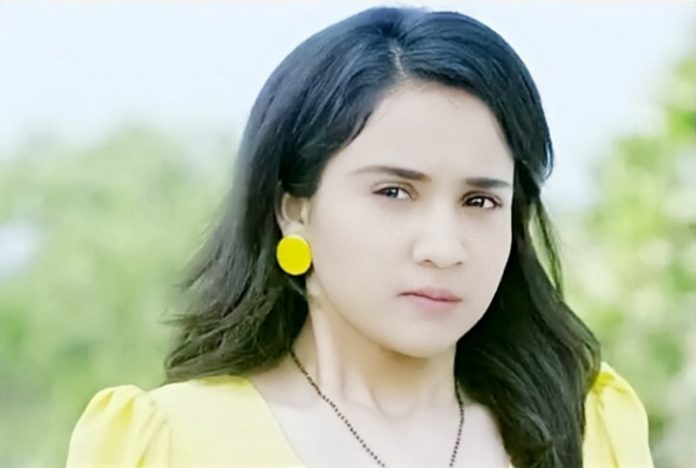 Yeh Un Dinon Coming Up Telly twists Raja Beta: Everyone in the house tries to make Sanju stop from committing suicide. Dadi asks Ramesh to stop him from doing such a thing. Vedant tells Sanju that he doesn’t care about his babu ji and Maa, and asks him to light the fire. Sanju agrees. He throws the burning matchsticks on the carpet shocking everyone. Manjula cries and asks Vedant to stop Sanju. Vedant sees the fire catching up fast. Ramesh blames Vedant for provoking Sanju to burn himself. Vedant breaks the door and saves Sanju. Ramesh agrees for Pankhudi and Sanju’s marriage, being helpless. Purva is shocked.

Ek Thi Rani Ek Tha Ravan: Rani ruins Rivaaj’s plan to torture Raghav’s mental state and splashes water on the machine using which Rivaaj is controlling the robots to scare Raghav. Rivaaj wonders from where the water comes on him. They all get in Raghav’s room and try to pacify him. Rani pacifies him. Rukmani questions Rivaaj where was he? Rivaaj scolds her for questioning him and twists her hand. He then acts to be concerned for her and apologizes. Rani plans a surprise for Raghav and asks him to cut the cake. They have a good moment.

Rivaaj asks Raghav to play the game and asks him to hide. Rani asks his friends where is he? They tell that they don’t know. Rivaaj hides Raghav in a big trunk and sends the trunk in a van. He tells Rani that he will drink the juice which she made for Raghav. Rani gets worried for Raghav.

Roop: Shamsher and Kaushalya hear Roop talking to Jigna and Himani using the intercom. He tells them that since a few days, whatever he has done is just because of Papa. He tells that Doctor had said that Papa’s life is in danger, and then I swear that whatever happens, but I will not let anything happen to Papa. He tells that he became rude Roop and did bad with them. Shamsher gets upset with Roop.

Yeh Un Dinon Ki Baat Hai: When Sameer asks Mama ji about his ownership. Mama ji tells him that Devang doesn’t know that he is the owner. He asks Sameer to become the owner of his own business. He tells Sameer that they have all the property now, and realizes Kamlesh and Devang betrayed badly on his back and snatched all Nanu’s property. Mama ji asks him to set his own business. Sameer looks shocked. He comes home sad. Naina sings song and dances to cheer up his mood, but he is not in a mood to romance.

Main Bhi Ardhangini: Vaidehi asks Madhav to hold her hand and come with him. Chitra looks at them and hopes for their union. Madhav says I can’t believe whatever you have done for me today. Vaidehi asks him to believe and come with her. Goons come back and tell that they will kill both of them. Chitra helps Madhav and Vaidehi escape from goons’ captivity. Nilambari asks Sangram to tie the thread fast given by Tantrik. Chitra stops him from tying the thread and warns to kill him. Sangram gets tensed.

Happu Ki Ulti Paltan: Happu finds himself trapped between Rajjo and Katori again. Katori calls him and tells that Chamchi told her about his conversation with Benny. She asks him to come home and says you said that I say useless jokes. She asks him to come home and she will show him what the real sense of humor is. Rajjo calls him and scolds him telling Ritik told her everything. She asks how dare you. Happu says you are my darling and life. Rajjo says she will take out his life. Happu finds himself in trouble.