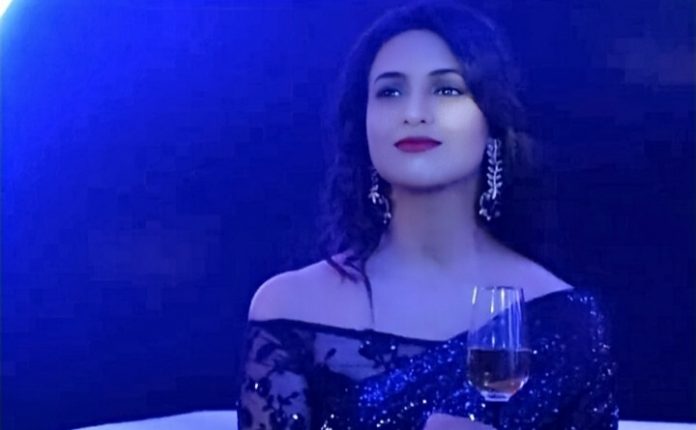 Yeh Hai Mohabbatein Plotting. Rohan gets crazy to take revenge on Ruhi and Aaliya. He insists Karan to invite Ruhi for dinner. He confuses Karan with his hidden intentions by inviting Aaliya for dinner as well. He calls up Ruhi and invites them for dinner so that they maintain friendly terms between them. He tells Ruhi that he wants to forget whatever happened between Aaliya and him. He asks Ruhi to give Karan and him a fresh chance. Ruhi doesn’t think Aaliya will listen to him and come for dinner. Karan finds something fishy behind Rohan’s mad attempts to meet Aaliya. He feels sorry for Rohan. Ishita aka Shaina gets in a hurry when she has to leave for work. Raman and Mani confront her for lying to her about her presence at the club.

She lies to them once again. She tells them that she is innocent and won’t accept any false blames. Raman asks her if Sahil is blackmailing her for becoming Shaina. She tells him that there is nothing like that and he is hugely mistaken. She yells at Raman for accusing her so badly that she is involved with Sahil. Raman finds her behavior very strange and wants to know her problem. Raman and Mani share the big problem with Shagun. They tell how Ishita is driving them mad by her dual personality.

Shagun doesn’t think that Ishita can be involved with Sahil. She asks Raman to apologize to Ishita by meeting her at the clinic. Raman doesn’t think he is at any fault. He refuses to apologize, but Shagun insists him to accompany her so that he can sort his differences with Ishita. Meanwhile, Mr. Bhalla follows Ishita to give her some dentures box, which she forgets at home. He reaches her clinic and sees her in a different avatar. She leaves in a modern dress and drives off in her car. She hits a man and yells at him for coming in front of his car. Mr. Bhalla worries seeing her rudeness and different personality.

He wonders if Ishita is really true or is it someone else in Ishita’s place. He feels Ishita is kind-hearted and never do this with anyone. He returns home. Shaina comes home to pick the dentures. Mr. Bhalla confronts her for changing her clothes and cheating them. Shaina denies about any information about the accident. She tells Mr. Bhalla that she was at the clinic. Raman, Mani and Mr. Bhalla call her wrong, since she is cleanly lying to them.

Shaina leaves them with their own imaginations and doesn’t clear anything, keeping her identity discrete. Shaina also keeps Simmi silent about her identity by threatening her. Aaliya turns down Rohan’s dinner plans. Ruhi informs Karan that Aaliya and she won’t be coming for dinner. Karan is happy that Rohan’s plan will fail now. Rohan gets angry and wants to do something that Ruhi and Aaliya come for dinner. He wants to summon them at any cost. Mr. Bhalla tells Raman that they have to find out about Ishita, who is surely hiding something.

Shaina tries hard to clear their doubts and gets an evidence. She asks her assistant to testify that she was at the clinic. Her assistant confirms that Ishita was at the clinic and treating patients. Raman gets puzzled and wants to know the matter of Ishita and her lookalike. There are many complications in Bhalla family because of Ishita and Shaina’s confusion. Rohan makes a plan to get Ruhi and Aaliya home, so that he can take revenge on them.