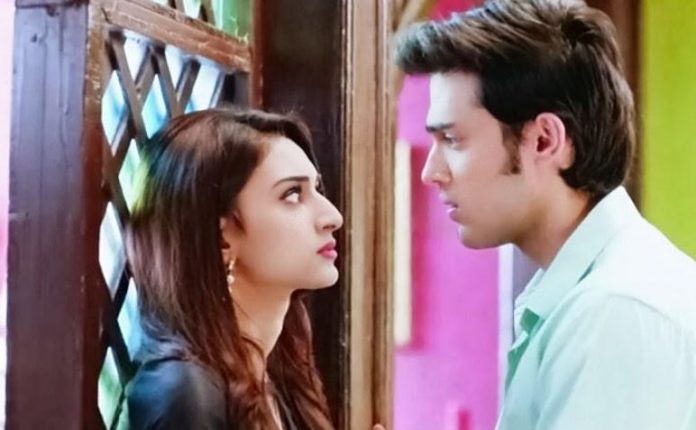 Kasauti Zindagii Kay Prerna has got back in Anurag’s life with another intention now. Veena is much worried for Prerna. Shivani tries to lessen her tensions. Veena feels guilty that she supported Prerna and sent her back to Basu family, who don’t deserve her at all. She feels Prerna will just stay hurt if she lives with Basu. She wonders who has freed Prerna from the jail. Prerna calls up Veena and tells her that she will tell her everything about her savior Vikrant, why he saved her from the court case. She asks about Shivani’s alliance. Veena doesn’t want Prerna to worry more and lies to her that Shivani is fine and happy. She lies that everything is going good in their lives. Prerna gets relieved for them. She happens to collide with Anurag and confronts him for selling her love to Komolika for the sake of business, money and power.

Anurag asks her why did she come back again, she should go her home and live happily. She asks him to answer her first, why did he sell her love. He thinks Komolika has misled her and its good that Prerna will hate him now. He accepts that he has done the business deal with Komolika to get more successful. He asks Prerna to think about his business reaching great heights, just because of Komolika’s help. She challenges him that she will ruin his company by taking Vikrant’s help. She gets hurt while she makes a move. Anurag gets caring for her and doesn’t listen to her. He takes her to the room and acts concerned. She doesn’t believe his concern and thinks he is just doing a drama.

She tells him that he will always be bad and wrong in her eyes. He doesn’t care for her words and just cares for her foot sprain. He tells her that she may think anything she wants. She is sure that she is seeing his true face now. She regrets to love him. They both have a moment unplanned. Komolika witnesses their moment and loses her mind. She shouts on Prerna for getting close to Anurag once again. Anurag clarifies that there is nothing between Prerna and him. Komolika questions Prerna about her meet with Anurag. Prerna teases her and tells her that Anurag is her husband.

Komolika gets enraged by Prerna’s laugh. Anurag thinks he can’t take Komolika in control all the time by his lovey dovey talks. He thinks what to do to trick her. He acts to get angry on Prerna. He asks Komolika why did she tell Prerna about the business deal, since he had told Prerna that he loves Komolika. He tells her that Prerna is threatening to ruin my business. She doesn’t think Prerna can do anything. She tells him that Prerna is just talking to give them tension. Anurag and Prerna have an argument, where the latter plans revenge on him. Prerna tells Anurag that she hates him a lot and will ruin him completely to make him regret for his cheat.