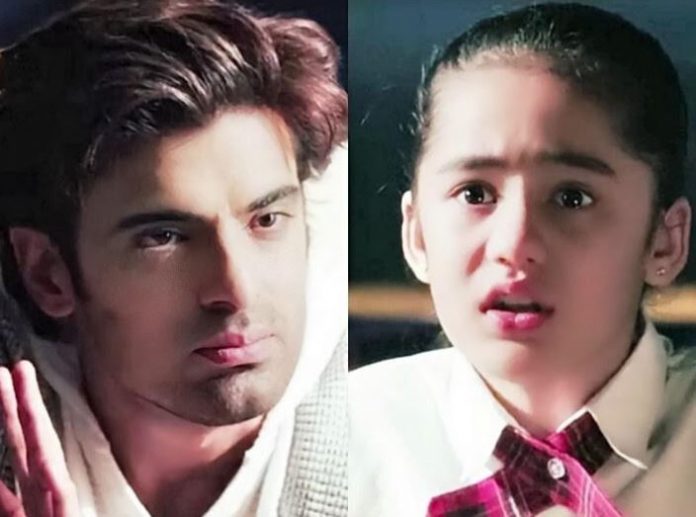 Kulfi Sikandar Accident twist. Sikandar revives Kulfi by telling her the truth for which she is longing, that she is his own daughter. He tells Kulfi that she is Nimrat and his child. He gets a huge shock on knowing she has lost her voice. Doctor tells Sikandar that Kulfi is in shock and isn’t able to talk, once her fears end, she will be fine. He makes a plan to make Kulfi recover her voice. He organizes a Sufi round in the competition and asks Kulfi and her friends to sing along with him. He risks his life so that Kulfi reacts and shouts.

Sikandar and Kulfi are singing together. She is very happy that she is singing with him. She has mixed emotions for him. She gets worried when she finds a chandelier falling over him. Kulfi tries to alert him. She shouts to Sikandar and saves his life, before any accident harms him. Kulfi recovers her lost voice again. Sikandar and Kulfi’s minor accident brings a relief for them. Sikandar succeeds in his plan to help Kulfi recover her voice. He asks Kulfi to sing with him.

Ishq SubhanAllah: Kabeer reaches Mumbai to attend a book launch event. He also launches his spiritual book and addresses the young audience. Zara gets to see Kabeer’s book and hears his name at the launch event. She reaches there to see Kabeer once. She misses to see him. Kabeer always imagines Zara with him and feels her presence when she reaches the place. Kabeer and Zara miss to see each other.

Sitara: Sitara has killed the evil powers and protected her family. She romances Viraj happily. She gets a huge shock when she finds Vrinda in the house. Vrinda kidnaps Viraj. Sitara learns her new evil and tries to find Viraj. Vrinda attacks Sitara and attempts to kill her. Viraj gets a huge shock seeing his Sitara dead. Haryali meets Viraj and asks him to accept her conditions if he wants Sitara to get alive. Viraj agrees to her conditions. Sitara gets a new life and also a new helper in the form of Haryali, who wants to ruin Vrinda’s evil.

Aapke Aa Jane Se: Sahil and Vedika are seen in their new journey. Maasi wants Vedika to marry an aged man, since Vedika is a divorcee. Vedika refuses to marry the aged man. She wants to lead her life on her terms. Sahil meets Vedika by coincidence and helps her. He watches Vedika’s bold avatar, when she takes the class of her aunt and that aged man. He applauds for Vedika and falls in love with her thoughts. He meets her and tells her that he has started admiring her. They have a moment in the rains. She fails some strange connection with Sahil. Their fate brings them together once again. Sahil and Vedika will be gradually becoming friends.

Tujhse Hai Raabta:
Malhar proves his innocence to the family. He also gets the real culprit caught. Kalyani’s dad doesn’t want her to live with Malhar. Kalyani tries hard to convince him, but he doesn’t agree. Malhar also doesn’t want to live with Kalyani. Kalyani is angered on Malhar for giving up their relation.

Ghatbandhan:
Raghav and Dhanak perform a puja in the locality. Maai dons a Burqa and leaves from there, so that she can inform the goon about the murder’s secret. Maai reaches some place and waits for the goon. Dhanak doubts on Maai and follows her to know what is Maai hiding. Raghu and Dhanak don’t want Maai to take any wrong step. Raghu doubts that his mum is involved in some big crime. Dhanak spies on Maai and finds her behavior strange, as if something is fishy. Dhanak misses to catch Maai. Dhanak’s doubt on Maai gets clear. Dhanak wants to find the real culprit.

Pyaar Ke Papad: Triloki frames Omkar and gets him arrested by police. Omkar was just finding his dad. Inspector gets mistaken that Omkar is running to escape from police. Shivika and GST ask the inspector why is he arresting Omkar, what crime did he commit, he is completely innocent. Shivika tries hard to save Omkar. She calls Triloki to get his help. She doesn’t know that Triloki has conspired against Omkar.