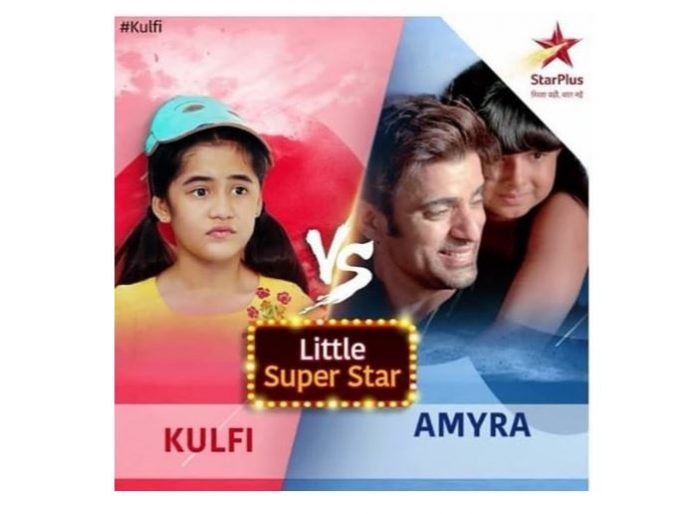 Star Plus Kulfi Kumar Krishna Upcoming: Krishna behaves nicely with Shukla and Gajanan. She gets formal with them. Krishna asks Shukla for what did he come here. Shukla talks to her about the business proposal. She doesn’t want to do anything for her hospital. She shows her lack of interest in the money making model of his business. Shukla is angry that Krishna always comes between his business and dreams. She rejects his proposals and asks him not to think that she works for money. Shukla tells Gajanan that Krishna left from their lives but she always ruins their happiness. He wants to turn selfish and clever once again to convince Krishna. Krishna tries to avoid the calls when she is in the middle of the surgery.

Krishna sees police help to know about the numerous phone calls. Krishna gets a shocking phone call and learns that Radhe is alive and he is one of the survivor of the blast incident. She can’t believe this, since she has got Radhe’s dead body to India. Krishna decides to check about Radhe by visiting London. She gets informed that someone is claiming to be her husband. Krishna cancels her medical appointments. Gajanan tells Krishna that they have done Radhe’s final rites, the man claiming to be Radhe can’t be true.

Gajanan tells Lali that he is going with his friend to help. He doesn’t share about Krishna’s problem. Bela gets finding what’s going on. She gets suspicious seeing Gajana leaving in hurry. Gajanan reaches the airport and meets Krishna. Krishna returns to London while taking help from Gajanan. She wants to know who is the person, assumed to be Radhe. Krishna gets to check the person’s identity proofs. They try to know who is the person. Doctors tell Krishna that the patient has suffered many burns and now his face can’t be recognized. Krishna gets confused seeing the evidences that prove Radhe’s existence.

Kulfi Kumar Bajewala:
Kulfi’s friends learn that Sikandar is Kulfi’s dad and Amyra is Kulfi’s sister. Sikandar admits the truth that Kulfi is his daughter. He takes Kulfi to the hospital and learns about her mental trauma, along with physical injury, since Kulfi isn’t responding to the treatment. Doctor tells Sikandar that Kulfi maybe upset over something, which is very unusual. Amyra gets angry seeing Sikandar sitting near Kulfi and caressing her. She feels Kulfi is stealing her dad again. She feels much jealous and sheds tears in anger.

The family cries for Kulfi and prays for her. Sikandar knows what does Kulfi want to hear, how she will get conscious. He goes to tell in her ears that he is her father, and she is his daughter. He asks Kulfi to get up when her father is asking her to come back to him. Mia conspires against Sikandar to tarnish his image and reputation by using innocent Kulfi in her dirty plot.

Yeh Rishtey Hai Pyaar Ke:
Everyone is happy when Abir gets Ketki’s bridal dress. Meenakshi blesses Abir. She sweetly talks to Abir and shocks him. He asks Meenakshi what does she want that she is being so sweet. Kunal gets the chunri for Ketki. Meenakshi unites with her sons. Parul feels they are the family’s strength and should never get separated. She wishes that Meenakshi and her sons always stay together. On the other hand, Mishti is troubled by her decisions. She doesn’t want to hurt her family. She doesn’t feel to burden them more. She tells them that she wants to make her own identity and do a job.

Kuhu disagrees with her and scolds her for always showing her down. Mishti explains Kuhu that she doesn’t pretend anything. The family supports Mishti in her decision. Mishti is confused about Ved. She calls Kunal to know about Ved, but she doesn’t learn anything. She goes to Rajvansh house to know about Ved. She witnesses Ved getting the baraat. Kuhu tells her that Ved is happy to marry Ketki, he can’t be hurting Ketki this way. She asks Mishti to clear her misunderstanding. Mishti finds Ved hurt and recalls his injury. She tells Kuhu that she has really seen Ved.

Mishti goes to share this with Abir. Abir asks Mishti what’s the matter. Mishti tells Abir that she had called to tell Kunal but couldn’t say anything. She wants to break the truth to Abir. Kuhu learns that Ved is really cheating Ketki. She wants to save Ketki from the wrong marriage. Meenakshi spots Mishti and Kuhu, who are trying to stop Ketki from the marriage. They drive Meenakshi really angry.