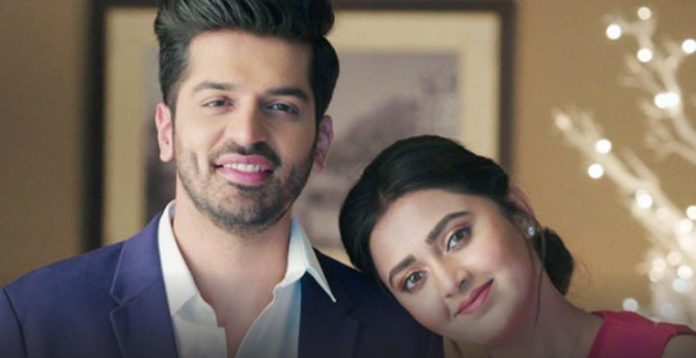 Silsila Mishti Surprises Veer Ruhaan calls Pari and tells her that he didn’t see her incoming calls. Pari asks him if he will accompany her to Pune. He tells her about the rally and asks her not to leave on the same day. She agrees to him and wants to go with him the next day. He tells her that he wants her safety first. Pari gets happy and plans to confess love to him. She is madly in love with Ruhaan. She asks him for dinner date. Ruhaan agrees to meet her. Mishti overhears Pari’s conversation and then leaves to meet Veer. Sukamini asks Ansh to explain Taani to complete her studies. She is worried that Taani isn’t joining any classes. She asks Ansh to take Taani with him for studies. Ansh agrees to her.

Mishti reaches the restaurant and waits for Veer. She thinks of Ruhaan. Ansh and Sukamini ask Taani to study well. Taani tells Ansh that she won’t study in holidays. She compares him with her friend Rocky. He gets upset and shows how daring he is. He asks her to smoke with him. Veer gets happy seeing Mishti’s surprise. Mishti plays Veer and her pictures on the screen. Veer feels his date is successful since his insecurities got over. He also wants to surprise Mishti. He tells Mishti that he will always be with her. She thinks of being loyal to him and fulfill her commitment. She wants to limit her feelings.

Ansh smokes and challenges Taani as well. She challenges him to take her out. Sukamini gets close to find Ansh smoking and worries. Ansh wants to show off his macho side to Taani. Mishti tells Veer that they will spend time together and they won’t take any calls. Ruhaan calls Veer. She gets worried and wants to know the reason for his call. Sukamini confronts Ansh for smoking. Ansh lies to him and leaves in a hurry. Taani clears out Ansh’s name and tells Sukamini that she will go to Ansh’s house for studies. Sukamini doesn’t know what’s cooking between them. Veer doesn’t answer Ruhaan’s call.

Mishti doesn’t want anyone to come between them. Veer tells her that maybe its something important. He makes a video call to Ruhaan. Ruhaan finds them on a dinner date. He apologizes to disturb them. He asks Veer to help him with the jeweller’s address, since Radhika gave him this task. Veer and Mishti find his hand bandaged and ask how did he get hurt. Ruhaan tells him that its a minor injury. Mishti gets restless after seeing his hurt hand. She thinks she shouldn’t worry for Ruhaan much, but gets helpless to her heart.