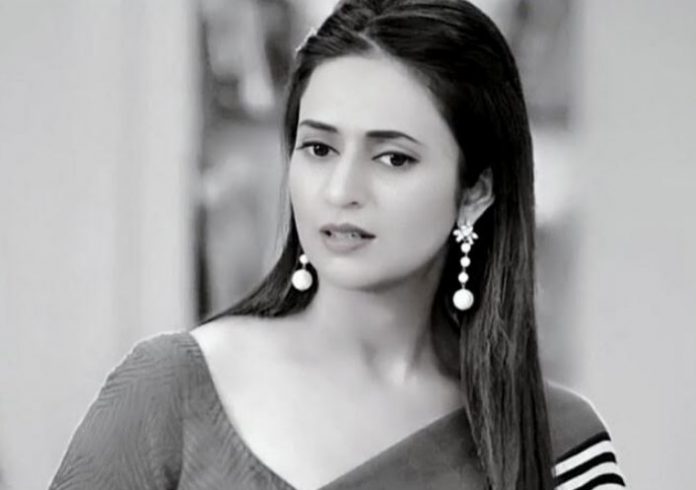 Yeh Hai Mohabbatein Intriguing drama Rohan lies to Karan about his tiff with his friends because of Aaliya. He calms his anger and makes a wicked plan. He asks Karan to attend the guests. He spikes Aaliya’s drink and tries to trick her. He tells Ruhi and Aaliya that more funds can be raised at the event by the costumes display, which will be profitable for their project. Rohan calls Ruhi to distract her. He sends her away from Aaliya. Rohan tries to reach Aaliya. Karan learns the big problem. He tells Malhotra that he will talk to the bank manager, since he can’t let anything go wrong in the event. Rohan gets glad that Karan and Ruhi left.

He goes to offer help to Aaliya. She gets dizzy. Rohan tells her that he can help her. He takes Aaliya with him, while Ruhi tries hard to call Aaliya. Ruhi gets unaware of Rohan’s plans. Rohan confesses her love to an unconscious Aaliya. He also swears to win her love, so that she never goes back to Yug. Ruhi tells Karan that she isn’t getting Aaliya anywhere. She gets worried for Aaliya. Karan tells her that he will go and check for her. He asks Ruhi not to worry. Rohan gifts the bracelet to Aaliya.

He gets happy to spend time with his love. He feels she also loves him and will forget Yug when she knows his truth. Rohan gets mad in his love. He is angry and revengeful on Bhallas, who had used him and threw him out of their lives when they got their Adi back. Rohan doesn’t want Aaliya to go away from him. Kiran gets stressed for Bala. She asks Ishita to not harm Bala or their family. She threatens to tell her truth to everyone. Bala returns home late and tells Kiran that he has gone to conduct his classes. He reasons out that he lost his phone too. Kiran doesn’t want him to talk to Ishita.

He asks Kiran why was she fighting with Ishita. Kiran doesn’t reveal anything. Ishita tells him that Kiran was worried for him. She lies to Bala. Raman finds strange that Ishita didn’t call him up. Raman wants to go home and talk to her. He misses her concern and love. Iyers and Bhallas meet for a talk. They feel Ishita has turned weird since she has come back from London. Simmi tells them that she will take care of her parents, Ishita can’t be burdened all the time. She can’t tell them that Ishita changed so much.

She isn’t sure of Ishita’s identity. Ruhi wants to know where did Aaliya go. She fears since Aaliya is mentally disturbed already. Yug also worries for Ruhi and Aaliya. He waits for them. He meets Ruhi and learns that Aaliya is missing. He gets worried. He scolds Karan and asks him about Aaliya. Karan and Ruhi ask Yug not to create a scene in the charity dinner. Karan tells them that he doesn’t know about Aaliya.

Yug shouts at Karan. He suspects Rohan. Karan can’t believe that Rohan is after this. He rushes to find Rohan and Aaliya. Raman returns home and doesn’t find Ishita. He looks for her. He worries for Ishita. Raman searches for his wife madly. Karan slaps the waiter for spiking Aaliya’s drink. He learns Rohan’s plans. He gets enraged knowing the shocking cheap plan of Rohan. He feels sorry and ashamed in front of Ruhi.