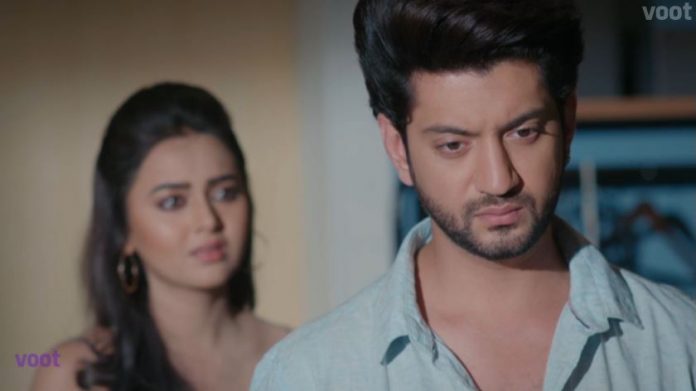 Silsila History recreated Love. Mishti and Pari want to know about Ruhaan’s welfare. Pari stays stressed about him and tells Mishti that she wants to know about Ruhaan from Veer. Mishti tells her that she can’t help her in this. She too stays worried for Ruhaan. She wants Ruhaan’s return so that she can clear her heart dilemma by talking to him. Ruhaan understands that he shouldn’t come between Mishti and Veer. He knows that cheating Veer can never be right. Both Mishti and Ruhaan stay occupied with each other’s thoughts. Mishti learns that Ruhaan has returned home. She goes to confront him for his prolonged absence, which has turned her really worried. She asks him why did he scare her by going away.

She realizes that she loves him, since his absence made her feel that she has lost everything in her life. He has no answers for her. He tells her that he should leave from her life. He knows that they have no future together, they shouldn’t unite at least for the sake of Veer, who treasures his relation with both of them. She tells him that she knows that he loves her and can’t live without her. She doesn’t want him to leave her alone. She asks him not to leave her. He asks her to think of Veer, who will never understanding their unjustified emotions.

Mishti and Ruhaan come up with a love confession. They feel they won’t be able to explain this to Veer. Ruhaan fears that all the relations will shatter if he speaks up his love. She doesn’t want him to leave the house. She tells Ruhaan that she will talk to Veer. He tells her that her marriage with Veer is his responsibility, and since he can’t see her marrying Veer, he better wants to leave from her life for once and all.

She knows that Veer or anyone else won’t be able to understand them. She tells him that she is clear about her feelings, that she loves him. She doesn’t want to deny the biggest truth of her life. She tells him that she won’t be losing her true love, when she has finally found it. She loses her control on her heart. Pari calls up Ruhaan to know about his return. He apologizes to her and tells her that he has come home. She expresses her worries for him. She too wants to confess her love to him.

Ruhaan makes his mind and tells Mishti that he is ready to ruin his life for her sake. He asks Mishti if she has the courage to fight the world and unite with them. He makes her think the practical grounds, that their Silsila Pyaar Ka won’t take them to any destination. He asks Mishti to know the facts that she is marrying Veer, and won’t be able to get her true love. Ruhaan and Mishti break into tears, realizing how tough it is going to be for them to unite. Mishti feels sorry that she is repeating Kunal’s mistake in love, for which she has always held hatred for Kunal. Mishti gets helpless by her emotions.