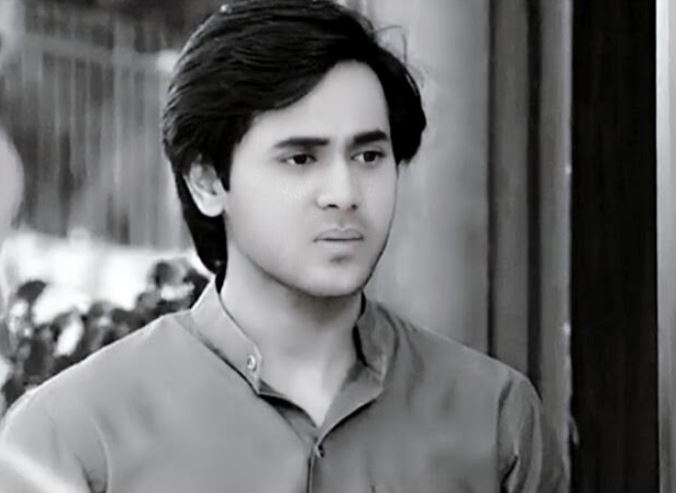 Yeh Un Dinon Raja Jhansi Ki Rani: Gangadhar sits to have a bath. Kashi and Manu come there. Manu says she will go. Gangadhar thinks some Sevak are there and ask to apply uptan on his body. Kashi asks Manu to go to Maharaj and apply uptan being his wife. Manu applies uptan on Gangadhar’s body and pours water on his head. Gangadhar is sitting with his eyes closed. Janki and Laccho Bai look on. Manu tries to go, but slips. Gangadhar gets up and holds her. They look at each other.

Raja Beta: Vedant refuses to make Ramesh fine and out of hypnotism. Manjula regrets to love him and confronts him for his doings. She asks him to make him fine. Vedant says Ramesh needs to realize his mistakes and that’s why I will not agree to your sayings for the first time. Ramesh is acting to make Vedant bad in front of Manjula’s eyes. He climbs on the terrace of the building and threatens to jump. Everyone tries to stop him. Manjula slaps Vedant and blames him for risking Ramesh’s life. She asks him to leave their house. Vedant is shocked by her behavior and couldn’t justify himself. He can’t tell her about Ramesh’s misdeeds and crimes and decides to leave the house with Purva.

Roop: Shamsher doesn’t like Roop and Seva’s marriage and thinks injustice was done to Ishika because of him. He searches for Ishika and finds her. He tells Kamla that they will take Ishika home. Kamla asks how they can take her now after Roop is married to Seva now. Shamsher tells that Ishika will return to his house as his daughter. Ishika gets touched by his words and tells that she lost her husband, but got a father like him. She refuses to come, but Shamsher convinces her to make things right in her life.

Yeh Un Dinon Ki Baat Hai: Kamlesh Mama taunts Sameer on knowing he is going to Mumbai to try his luck at acting. He asks him to stand in front of him with folded hands after returning as a failure from Mumbai. He says I will understand with your gesture and will give the job to you in my factory. Naina and Sameer get upset with his taunts. Naina tells him that Sameer will never return to him.

Main Bhi Ardhangini: Nilambari thinks to make Chitra evil by using her emotions for Madhav against Vaidehi. Tantrik tells Nilambari that they can make Chitra bhakshak from rakshak and can make some magical sand which will make her evil. He says once the sand is sprinkled on Chitra then she will become evil and they can sow the seeds of enmity between Vaidehi and Chitra. Someone comes to stab Vaidehi at night. Nilambari applies Kajal and sees Chitra. She manipulates Vaidehi’s words which angers Chitra. Chitra tells that she is Madhav’s ardhangini. Chitra to possessed Vaidehi’s body to be close to Madhav.